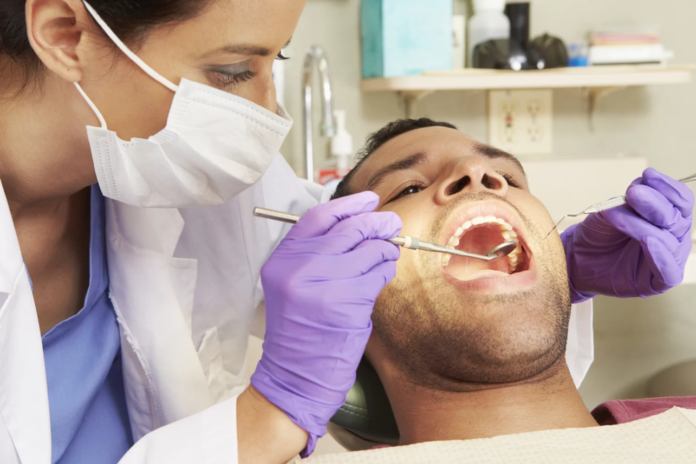 In the new study, researchers analyzed the dental health behaviors of patients who were diagnosed with oral cancer between 2011 and 2014 at the ear, nose and throat clinic at The Ohio State University Comprehensive Cancer Center. The patients’ behaviors were compared to those of non-cancer patients who came to the clinic for other reasons, such as dizziness or an earache.

All of the patients in the study had responded to a survey that included questions about how often they flossed, how often they went to the dentist, how sexually active they were and if they smoked or drank alcohol.

Oral cancer can be divided into two categories: those driven by the sexually transmitted human papillomavirus (HPV) and those that aren’t, said lead study author Jitesh Shewale, a postdoctoral fellow at the University of Texas MD Anderson Cancer Center in Houston. (Smoking and drinking are both risk factors for non-HPV oral cancers.)

After adjusting for factors such as age, gender, socioeconomic status and race, the researchers found that oral HPV-negative people who went to the dentist less than once a year had nearly twice the risk of developing oral cancer than those who went once a year or more. Similarly, oral HPV-negative people who flossed less than once a day had over twice the risk than those who flossed more. In other words, poororal hygiene was linked to increased non-HPV oral cancer risk.

The study didn’t find an association between poor dental hygiene and oral cancer in those who also had oral HPV, however.

The researchers hypothesize that the oral microbiome may play a role in the association between oral hygiene and cancer risk. In previous research, scientists from the same team found evidence that “poor oral hygiene practices causes a shift in your oral microbiome. That shift “promotes chronic inflammation and [can lead to] the development of cancers.” HPV-positive oral cancers mostly affect the base of the tongue and the tonsils region, while HPV-negative cancers mostly affect oral cavities, which are more affected by oral hygiene, he added.

Denise Laronde, an associate professor in dentistry at the University of British Columbia who was not a part of the study, said that the new research was “interesting” but added that it was too early to draw conclusions. (The study found an association between oral hygiene and cancer risk, but did not show cause-and-effect.)

Still, “a lot of the times people look at their oral health as almost disconnected from the rest of their body,” “But so many systemic diseases are reflected in your oral health and vice versa.”

the new research will hopefully raise awareness about the importance of flossing. “We all know people say they floss way more than they do,” she said. But studies like this raise awareness that “you’re not just flossing to keep your teeth, you’re flossing to maintain your health.”

The findings have not yet been published in a peer-reviewed journal.