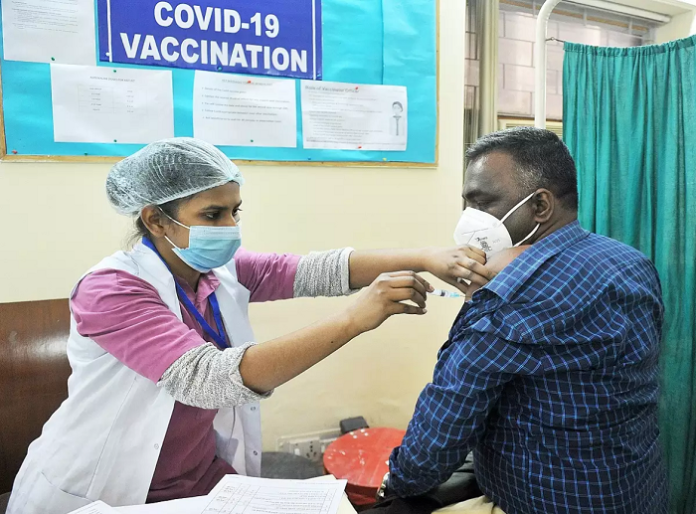 NEW DELHI : The norms and eligibility for Covid-19 vaccination have been eased to allow a free hand to states as well as private sector to ensure more people can get the shots quickly, health minister Harsh Vardhan said Sunday.

“While the dreaded disease is spreading like a tsunami, it was critical to ease the controls and allow a free hand to state governments as well as the private sector,” the minister said.

He dismissed allegations that the Centre was getting 50% of the local vaccine production at a cheaper price than states, saying it did not give vaccines directly to anyone and the jabs were distributed through states and UTs. After May 1, these vaccines will be free of cost in government hospitals for people above 45 years.

“The actual situation is that states are getting one guaranteed channel of free vaccine supply, while they can simultaneously procure vaccines from another channel as per its aspirations and commitment to its people,” he said in a statement on Twitter.

Vardhan’s statement came in the wake of many states complaining about differential pricing of vaccines. Without naming Congress, he said, “…there are certain political leaders who have chosen to indulge in needless politics on the issue of vaccination and are spreading misinformation at every step.”

“Now, this ‘balance 50% quota’ shall give them (states) freedom to vaccinate groups they deem as priority,” he said, adding that states will have the liberty to procure directly from manufacturers and even negotiate prices.