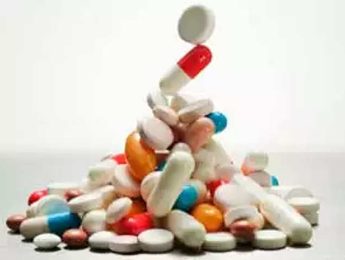 The health ministry has decided to ban 328 combination medicines following recommendations to do so by its technical advisory body over a month ago, ET has learnt. It is also restricting the manufacture, sale and distribution of six other combination medicines, as recommended by the body.

The ban is expected to shave off over Rs1,500 crore from India’s Rs1.18-lakh crore pharmaceutical industry and would impact medicine brands across several therapy areas, according to pharmaceutical market research firm AIOCD Awacs PharmaTrac. This includes brands like Piramal’s Saridon, Macleods Pharma’s Panderm Plus cream and Alkem Laboratories’ Taxim AZ.

However, the government’s latest ban notification no longer includes popular cough syrups and cold medicines like Phensedyl, Grilinctus and D’Cold Total, according to senior ministry officials. This is because they belong to combinations manufactured in India since before 1988 that the Supreme Court told the government not to ban on the basis of the technical body’s latest report.

“Hence in the larger public interest, it is necessary to prohibit the manufacture, sale or distribution of this FDC…any kind of regulation or restriction to allow for any use in patients is not justifiable,” stated the notification.

ET has viewed parts of the latest ban notifications, which a senior ministry official confirmed would be notified this week.

The notifications also show that the ministry plans to restrict the manufacture, sale and distribution of six FDCs, including two combinations for treatment of diabetes. This would affect brands like Microlabs’ Tripride, Abbott’s Tribet and Lupin’s Gluconorm-PG, according to PharmaTrac.

FDCs are cocktail medicines that contain two or more therapeutic ingredients packed in a single dose.

The ban notifications do not include 15 FDCs totaling over Rs740 crore that were manufactured since before 1988. This includes several popular cold, cough and depression medicines like Phensedyl and D’Cold Total that the government had been planning to ban based on DTAB’s recommendations.

ET reported on September 8 that the Supreme Court told the ministry it could not ban these 15 FDCs on the basis of DTAB’s report, but that the government was free to look into the issue of their safety afresh.

The court last year had already quashed the ministry’s ban on these 15 FDCs, but had directed DTAB to look into a remaining 334 FDCs and recommend which ones to regulate, restrict or ban outright. The apex court had been hearing an appeal by the government against a judgment by the Delhi High Court that quashed the ministry’s March 2016 ban on 344 FDCs.

While the ministry argued that it had banned these drugs for being “irrational” and “unsafe” for consumption, the high court said that due process, including consulting DTAB, had not been followed in implementing this ban.

In 2017, the government attempted to ban another five FDCs, which were also referred to the Supreme Court during its appeal process.

The impact of this ban is expected to be limited.

ET reported on August 4 that drug makers with FDCs banned between 2016 and 2017 have either changed the compositions of their combinations or discontinued production of some brands that fell into the ‘banned’ category to focus on other products in their portfolio.

Most of these brands are “very small” and the ban will have a “marginal” impact, IIFL pharma analyst Abhishek Sharma earlier told ET.

“Companies knew that this was coming and so they have launched variants that would be compliant with regulations and are hoping that they will be able to switch a significant number of their patients to these variants in case the ban is reinstated,” he had said.