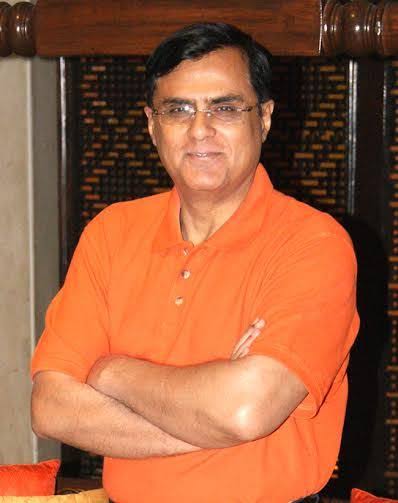 New Delhi: Ex and serving Army men often visit SOHAM clinic in New Friend’s colony for treatment where drugless holistic medicine is proving panacea for even terminal medical conditions. This is despite the fact that there is an excellent army hospital in Delhi with all the latest facilities for modern medicine. Not only this, Army Hospital Research and Referral (AHRR) has gone on to tie up with this clinic for a pilot project.

The ace holistic medicine expert, Dr Ravinder Tuli, who runs Soham Clinic is trained in medicine at AHRR and is a former member of Army Medical Corps in Air Force. Dr Tuli ditched his long training in modern medicine to take up holistic medicine. It is not for nothing that Ram Nath Kovind, President of India and also Supreme Commander of Indian Armed Forces, is again and again stressing the need of holistic medicine in India.

Major General Sandeep Kumar VSM (RTD), former Addle Director General, Army Headquarters, had near fatal Spinal injury with post fracture fixed Deformity of Left Elbow. He came to SOHAM. And Lo and Behold! After treatment, he became golf worthy. He owes a lot to SOHAM for the health of his whole family. His wife suffered from Cervical Spondylitis with Vertigo, his daughter from chronic Respiratory Allergy and an incidence of Dengue fever and his son had suspected TB Hip Joint. All conditions got cured without any drug.

Former Air Chief Marshal S. P. Tyagi, during his tenure as Chief of Staff of the Indian Air Force, while training to do para jumping to become the first serving chief of any service in the world suffered C7 Radiculopathy with Pain and Numbness extending into his left arm. He was advised by the Specialists at Army Hospital Referral & Research to give up his training. Dr Tuli says, ‘But, he came to me seeking Holistic Medicine Therapy, and after just 10 sessions, he fully recovered from his ailment. He was fit to return to para jumping, and fulfilled his mission to establish the world record.

So, it is not strange that a ‘Pilot Project’ has been initiated at Army Hospital Research & Referral (AHRR) in collaboration with SOHAM (Society for Holistic Advancement of Medicine) for individuals suffering from uncontrolled Respiratory Disorders like Bronchial Asthma, Diabetes Mellitus with complications, and Failed Back. The project is free-of-cost for the AFMS & ECHS beneficiaries of the three services purely on voluntary basis within limits.

Mark the words of Lt Gen, Bipin Puri Director General, Armed Forces Medical Services, ‘I am happy to note that a free of cost pilot project in Holistic Medicare has begun functioning at the Army Hospital Research  and Referral and offers drug free complimentary therapy  for chronic respiratory ailments , backache and uncontrolled  diabetes mellitus. I complement you on this initiative and hope that it will provide the intended succour to ex service men, families and dependents who seek complimentary therapy for that affliction.’

Holistic Medicine is the wholesome approach to Health where each individual is treated as a whole ‘Body, Mind & Spirit’ by a synergy of the evidence based ‘science’ of modern medicine with the highly complementary and reproducible time honoured ‘art’ of drug-free modalities of all the officially recognised traditional systems of health for Elimination of all sickness and restoration of positive Health and Total Wellness, ‘Body-Mind-Spirit.’