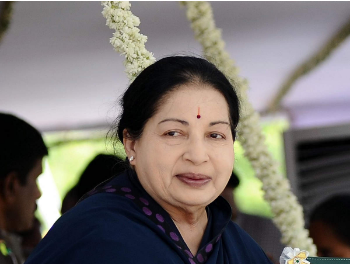 CHENNAI: Apollo Hospitals has informed the Arumughaswamy commission that they would not be able to produce CCTV camera footage of former chief minister J Jayalalithaa’s hospitalisation in 2016, as the footage was overwritten.

Surveillance footage of 30-40 days can only be stored at a time and the content gets overwritten after that period, the hospital informed.

Sources in the commission, which is probing the circumstances surrounding Jayalalithaa’s hospitalisation and death, said a letter to this effect was given by Maimoona Badsha, counsel for the hospital, on September 11. This submission was made by the hospital after the commission on September 6 asked Apollo to submit relevant CCTV camera footage within a month.

Sources in the know said the hospital does not store surveillance footage unless they get specific request from the police.

Apollo Hospitals chairman Prathap C Reddy on March 22 said all CCTV cameras were turned off during Jayalalithaa’s 75-day hospitalisation as she was the only patient occupying the 24-bed strong intensive care unit.

The hospital’s chief operating officer Subbiah Viswanathan had told in an affidavit to the commission that CCTV cameras would be switched off occasionally based on request from a government official.

He however did not name the official, which the commission had demanded to know in a reply a week later. “The cameras would be switched off when Jayalalithaa was shifted from one room to another,” Vishwanathan had told the commission.

The commission has also written letters to the chief secretary asking if the team of five doctors which was asked to oversee Jayalalithaa’s medical treatment had submitted any report to the state government and if they were pulled up if they hadn’t.

The commission has also written to the Raj Bhavan asking if there was any correspondence between Apollo Hospitals, AIIMS and the governor’s office regarding Jayalalithaa’s medical treatment, especially after he visited Jayalalithaa at the hospital.