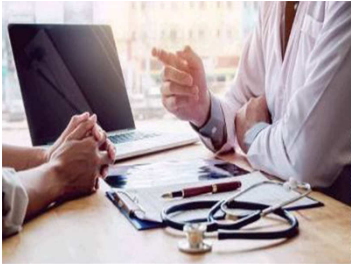 BENGALURU: As the Centre gets ready to roll out its ambitious Ayushman Bharat scheme, Karnataka may opt out of the proposed scheme and continue with its Arogya Karnataka health programme.

Speaking to TOI, chief minister HD Kumaraswamy said: “Why should PM Narendra Modi get credit when the state government will bear the majority of the cost in Ayushman Bharat scheme? We’ve learnt that the Centre will give not more than 10%-20% of project cost and the state will have to bear the rest. The issue is whether to merge the state scheme with the central programme or not. We’re still discussing it and yet to take a final decision.”

Ayushman Bharat aims to offer an annual health coverage of Rs 5 lakh per family. The project plans to cover over 100 million below poverty line (BPL) families across India.

‘ No clarity on how state-central health schemes can be clubbed’

Arogya Karnataka aims to cover 1.56 crore persons, both Above Poverty Line and BPL families in the state.

Plastic cards only in Bengaluru

Officials said ARKIDs issued in areas other than Bengaluru were made of paper and can get frayed quickly.

“The cards issued in Bengaluru’s three hospital — KC General Hospital, PMSSY Hospital on Victoria Hospital campus and Sri Jayadeva Institute of Cardiovascular Sciences and Research — are made of plastic, but those in other districts are of paper,” said officers.

Meanwhile, there’s no communication with private hospitals. Dr Nagendra Swamy, president, Federation of Healthcare Providers, said: “We haven’t received any communication from the state government on either merging of schemes or implementation of Ayushman Bharat. Those empanelled hospitals are treating patients under Arogya Karnataka.”