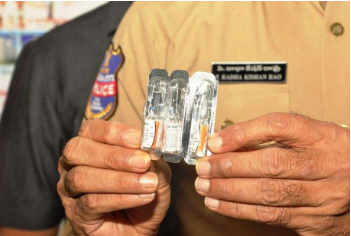 The health ministry has lifted the ban on retail sale of oxytocin, an essential drug used to prevent and treat bleeding after child birth, but imposed strict regulations on its sales.

On Tuesday, the ministry issued yet another amendment to the original notification banning private manufacture and retailing of oxytocin while retaining the monopoly of the public sector on manufacturing the drug for the domestic market. The ban followed complaints of rampant misuse of the drug in the dairy industry in particular.

The new rules also stated that with effect from September 1, 2018, oxytocin will be moved from schedule H to schedule H1. Drugs under schedule H can only be sold against a prescription by a registered medical practitioner. In the case of those under H1, a schedule introduced in 2013 to prevent misuse of third and fourth generation antibiotics, the retailer has to maintain a separate register giving the name and address of the prescriber, the patient, the drug and the quantity supplied. These records have to be maintained for three years and be available for inspection.