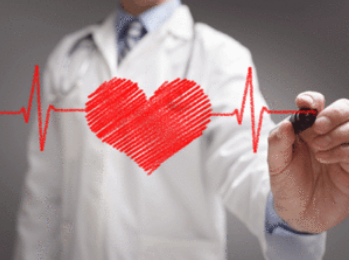 Various reports and researchers have linked around 0.27 million deaths from respiratory illnesses attributable to air pollution, while others lament about 11 million under-five children (every 10th child) suffer from diarrohea related to water and sanitation issues in India. And, still others worry that nearly 45 million (every 3rd child, as per National Family Health Survey-4) under-five children are underweight. Each one of these disease conditions is strongly linked to environment, and can result in long term capacity and productivity of population. In keeping with the old adage ‘what gets measured gets managed’, it would be heartening to have a National Survey explicitly measure both the health outcomes and factors linked to these health outcomes; the hope being that the evidence generated would guide future investments, innovations and initiate targeted interventions. Most importantly, this would also reflect the successes of the recently launched three large government programmes.

The opportunities are plenty; the one coming up is the grand National Family Health Survey. The Survey could expand to include new and emerging problems, and assess what hits the population health and productivity the hardest – air pollution related ill health, sanitation linked diseases, and morbidity stemming from food insecurity.

Preparations are afoot for the next round of National Family Health Survey – a survey undertaken every four years and typically taking more than a year to complete. It gathers valuable information from over six lakh households, representing urban and rural population from all districts of India. Three useful outcomes can be wished for from the upcoming survey.

First, as the PM’s Ujjwala Yojna gains ground and women begin to benefit from reduced exposures to health harming pollutants of traditional chulha, it is time to benchmark the benefits in terms of health gains. Cleaner cooking fuel has been brought to more than 40 million households since the initiation of the Ujjwala Yojana in 2016. The NFHS survey can include easy-to-conduct lung function tests to accurately assess lung capacities of the population, particularly the women beneficiaries. Such measures can differentiate lung capacities of the different populations, which get exposed to either the soot from traditional chulha in the hinterland, the crop residue burning in the fields of Punjab and Haryana, or the toxic emissions from vehicles in cities such as Delhi. Additionally, of interest would be the economic and productivity cost of the air pollution related diseases incurred by these populations to understand the losses to individuals and exchequer.

The second outcome of the survey could be an evaluation of the benefits of health determining programmes such as the Swachh Bharat Abhiyan. A program which should be bringing rich dividends for health in terms of reduction of communicable diseases as more and more villages, districts and states are declared open- defecation-free (ODF), with current reported number at an impressive 413 ODF districts.

Thirdly, the survey could also assess the outcomes which are expected over time from different policy initiatives. Particularly, the soil health card, for instance, could be the harbinger of good health. It is expected to result in better nutritious intake and improve food security. A yeoman’s service would be, while re-determining if nearly 4 in 10 children continue to be underweight, the Survey also gives insights into how much nutrition the most sensitive population consumes and how large a proportion of family expenses are needed to bring a nutritious meal to the plate of the most vulnerable – children. Such insights are particularly important to design interventions, determine transfer of benefits in areas that are at highest risks of drought-like conditions and livelihoods which largely depend on agriculture and are heightened vulnerability due to climate change.

Additionally, the survey findings/ outputs should form continual feedback loops for convergence of health and non-health sectors to accelerate progress on national health parameters. The next round of survey should generate evidence not just on health status of the nation but also help determine interventions which work or could potentially work in the diverse landscape.

Such a strategy would encourage synergy in decision making; define context specific interventions and investments. A natural sequel of such targeted tracking and tackling health challenges would be accelerated progress along key indicators of SDGs.