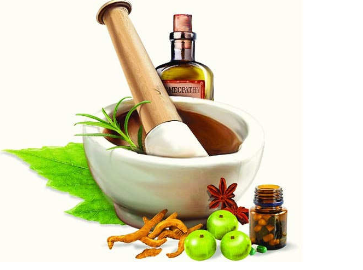 Jaipur: A three-day conference to deliberate on global benchmark documents prepared by the World Health Organization for practice in Ayurveda, Panchkarma and Unani medicine system commenced here on Monday. A total of 39 experts representing 18 countries — 13 each from Ayurveda, Panchkarma and Unani — would be reviewing the draft documents developed by the World Health Organization (WHO) through consultative process, an official of National Ayurveda Institute said.

Developing benchmark documents is part of Project Collaboration Agreement (PCA) between WHO and the Ministry of AYUSH to provide safe, effective and accessible traditional medicine to global community.

Addressing the gathering, AYUSH secretary Vaidya Rajesh Kotecha said the ministry was “actively” using a centralised web portal for documentation of its facilities and activities, including the recent rehabilitative efforts undertaken during floods in Kerala.

Kotecha said the National Ayurveda Morbidity Standardized Terminology Engine (NAMSTE) is being used for documentation of its facilities and activities, according to an official statement.

The AYUSH Ministry secretary also talked about the activities undertaken by the ministry under the government’s ‘Ayushman Bharat” scheme, touted as the world’s largest healthcare scheme, aims at providing a coverage of Rs five lakh per family annually, benefiting more than 10 crore poor families.

He suggested that WHO may also provide assistance in the scheme.

“He requested WHO may also help Ministry of AYUSH for developing country specific module and applications based program like M-Yoga and M-Ayurveda etc,” the statement said.

The three-day programme containing four sessions on each day has been organised by the Ministry of AYUSH and coordinated by National Institute of Ayurveda (NIA), Jaipur.

The purposes of the meeting are to review, comment and revise as required each of the three zero draft documents prepared by the experts.

“The documents are expected to provide minimum requirements for qualified practice by practitioners of Ayurveda, Panchkarma and Unani to provide minimum safety requirement for practising these and also to serve as a reference to national authorities to establish/ strengthen regulatory standards to ensure qualified practice of such system and patients safety,” the statement added.

She pointed out that Ayurveda, Siddha and Unani systems have been included in 2nd Traditional Medicine Module of ICD Chapter-11 and 2018 is being celebrated as 40th Anniversay Year of Alma Ata Declaration.