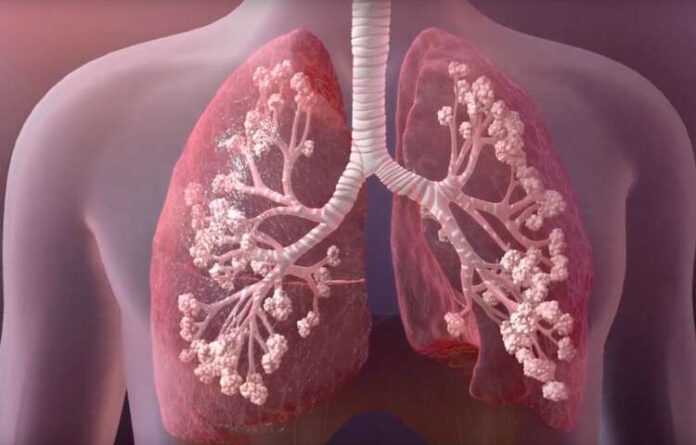 New Delhi: Cystic Fibrosis was considered to be very rare in Indian Population so far. But this myth has been busted by a genetic research by Sir Ganga Ram Hospital. This study not only shows prevalence of CF but also to a high extent. Based on this study, it has been prescribed that all pregnant women be screened to prevent this disease.

The pilot study done by Institute of Medical Genetics & Genomics , Sir Ganga Ram Hospital which has been published  in BMC Medical Genetics, London has revealed unexpected results. For the first time a high carrier frequency of 4.5 % (9 per 200) for Cystic Fibrosis (CF) has been revealed. Carrier frequency of 9 per 200 found in the study has a expected disease prevalence rate of 1:2000. CF was considered to be very rare in Indian Population. This study not only shows prevalence of CF but also to a high extent.

The study also showed a high carrier frequency for genetic forms of Deafness and Pompe disease, among a cohort of 200 subjects from North India. The study was done on partnership with Medgenome Labs, Bangalore, India.

Carrier status does not mean disease.  If both husband and wife are carriers then there is a 25 % chance of their children suffering from the disease. Based on this carrier rate the prevalence of Cystic fibrosis disease would be as high as one in 2,000 newborns. Cystic Fibrosis (CF) was considered to be very rare in Indian subcontinent, but the current study shows its frequency to be higher than the west.

According to Dr I.C.Verma, Senior Consultant & Advisor, Institute of Medical Genetics & Genomics, Sir Ganga Ram Hospital, “Based on this study, cystic fibrosis should be added to beta thalassemia and spinal muscular disorders that should be screened in all pregnant women to prevent these diseases. It should also be added to the list of disorders for which new born screening is being done.Sir Ganga Ram Hospital has is planning to add CF to the existing new born screening programme”.

According to Dr Sunita Bijarnia-Mahay, Author and Senior Consultant, Institute of Medical Genetics & Genomics, Sir Ganga Ram Hospital,“ Our study also found that the disease- causing pathogenic variants in the Indian population were different from those commonly observed in the West. It is because of our unique system of marriages within same caste / community and presence of consanguineous marriages”.

Dr Ratna Puri, Chairperson, Institute of Medical Genetics & Genomics, Sir Ganga Ram Hospital, added “This is a new finding and the high carrier frequency of Cystic Fibrosis shall be verified in a larger population sample soon”.

Cystic Fibrosis is an inherited life-threatening disorder that damages the lungs and digestive system. It affects the cells that produce mucous, sweat and digestive juices. It causes these fluids to become thick and sticky. As a result the respiratory passageways get blocked.CF is caused by change in a gene called CFTR (cystic fibrosis transmembrane conductance regulator). This gene controls the flow of salt and fluids in and out of cells. If this gene doesn’t work the way it should then sticky mucus builds in body.

Patients with CF inherit mutated copy of gene from both parents. If one inherits one copy then patient is asymptomatic but is a carrier. This means there is a chance he/she can pass to the children, if he partner is also a carrier. There is no cure for CF, but medications and other therapies can ease symptoms and prolong life. . The only way it can be prevented is by genetic screening.