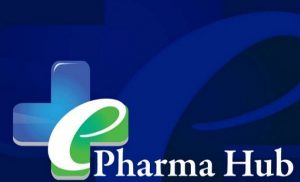 Before independence, the British introduced the allopathic form of medicine, changing traditional Ayurvedic practices. There was no production unit – foreign companies sold goods manufactured abroad, with exported raw materials from India! World War II created huge demands and several Indian companies were established. Around 1947, there was a pronounced shift in drug therapy – from symptomatic treatment to treating the disease. The role of R&D gained prominence. In 1948, the Indian Government realized the need of manufacturing and the importance of foreign technology; a liberal industrial policy followed, allowing foreign companies to set up plants without licensing agreements. Foreign capital flowed and the industry grew almost 4 times in the next 6 years. However, foreign manufacturers concentrated on formulations rather than bulk drugs. In 1956, the Indian Government mandated manufacture of drugs from the basic stage. By 1962, the industry was at USD 16 million. During this same period, the Indian Government set up several public sector units and research institutes. With assistance from WHO, UNICEF and the erstwhile Soviet Union, these public institutions started to play a key role in Research. The multinational companies had market monopoly till the seventies, when the Indian Government amended the Patent Act and changed domestic regulations. With the introduction of several generics, the eighties and nineties witnessed a growth impetus. Indian companies gained prominence in process engineering. Further liberalization, earlier The story of the Indian pharma sector could well have been like the IT sector if only enough attention was paid to its achievements and the huge impact it has had on healthcare around the world. Unlike other manufacturing or heavy industries in India, the pharma sector is innovative, widely acknowledged as making a global    impact in the treatment of diseases like HIV AIDS and also able to support the healthcare needs of the world this century, allowed foreign direct investment, import of formulations, bulk drugs and intermediaries. Good Manufacturing Practices were mandated, with a rigorous focus on quality. Healthy competition was encouraged for foreign and local players.
Today, the Indian Pharmaceutical industry ranks 3rd globally in terms of volume sales and 10th, in terms of value. Branded generics prevail, with Indian companies enjoying a dominant position. Indian pharma industry has clearly demonstrated that it has the potential to be a part of the solution for universal access to healthcare. India’s strength is innovating to improve global access to medicines as opposed to developing more and more “me too” drugs which have been traditionally defined by the West as innovation. There is now a growing acknowledgment that the existing IPR regime that is being touted by the West doesn’t foster innovation.
To be Continued…