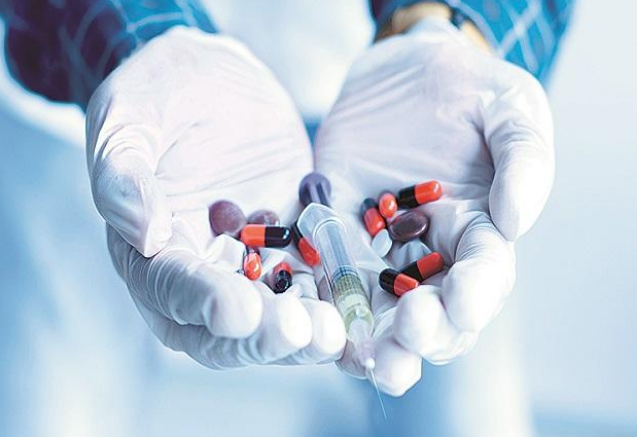 Mumbai : Building on gains made in September, the domestic pharmaceutical retail market marched ahead with a near 10% growth in October. This was led by a higher number of prescriptions, OPD (outpatient department) visits, and an increased sales and marketing push by pharma companies after ‘unlocking’ in most parts of the country.

The robust October growth was double that of September, which had seen a 4.5% jump. The market grew 9.6% year-on-year (YoY) during October, led by a volume growth of 0.9% YoY (September was -4%), price growth of 5% (4.6%) and increase in product launches at 3.7% (3.8%). On a moving average total (MAT) basis for the past 12 months, the growth was 3.9% for October. The revival was on the back of therapies, including cardiac and anti-diabetic, which grew by 19.5% and 9.7% respectively in October (over September), according to data from research firm AIOCD Awacs. Respiratory medicines showed marginal improvement at -6.6% in October as against -10.5 % in September.

The market, valued at nearly Rs 1.5 lakh crore, has been sluggish since March, when the lockdown was announced. The sector, however, did not face restrictions since it’s categorised as an essential service. In fact in April and May, the market had dropped into the negative territory due to the absence of prescriptions and lower OPD visits.

On an annual basis, acute therapies such as vitamins and gastro witnessed a healthy revenue growth of 22.6% and 13.6% respectively during October. Chronic therapies continued their strong growth outperformance with cardiac, anti-diabetic and central nervous system (CNS) reporting YoY 19.5%, 9.7% and 9.6% respectively.