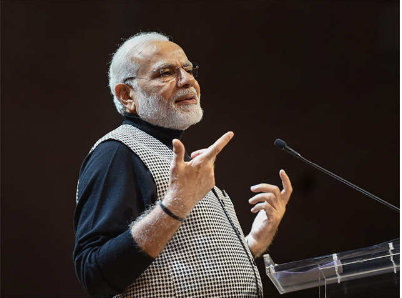 New Delhi: Prime Minister Narendra Modi on Sunday reached out to doctors through his Mann Ki Baat radio address and said they were an essential part of society adept not only in treating ailments but also as friends and lifestyle guides to people.

Felicitating the medical community ahead of Doctor’s Day on July 1, the PM’s comments are significant in the context of his remarks in April that highlighted pharma companies pushing products through doctors and how this was being countered through promotion of generics. The remarks were criticised by sections of the medical community, and the Indian Medical Association lodged a protest.

The PM’s comments in his Mann Ki Baat seemed intended to correct the impression that the medical community was being criticised as a whole. During his tour of London in April, the PM had said doctors often attended conferences abroad to promote pharma companies.

Sunday’s address saw the PM looking to smooth the ruffled feathers. He said, “Indian doctors have carved a niche for themselves in the entire world through their capabilities and skills. Our doctors have gained recognition for their expertise in the medical field, hardworking attitude and the ability to solve complex medical problems.”

The PM lauded rural enterprise and the success of the government’s generic medicine scheme — the Jan Aushadhi Kendras. He also congratulated state governments for successfully implementing GST and expressed satisfaction that the dream of ‘One Nation One Tax’ had been realised.