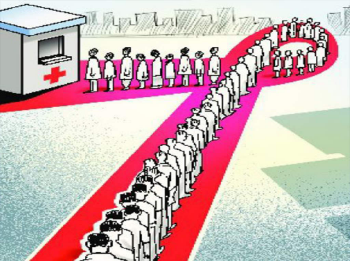 NEW DELHI: Delhi government’s scheme of cashless treatment to victims of road accidents, burns and acid attack at private hospitals has run into a roadblock over delay in reimbursements. Several private hospitals have threatened to pull out over non-payment for the services.

The scheme of availing free treatment in government or private hospitals by such patients had been approved by the Delhi cabinet in December 2017.

In February this year, a memorandum was issued by the state’s director general of health services outlining the eligibility, procedure to be followed at the time of admission and discharge and reimbursement. It said the victims would get free treatment if the accident took place within the geographical jurisdiction of Delhi, irrespective of domicile.

Sources said more than 1,000 patients have been treated under the scheme and the bills of around 650 such cases amounting to Rs 5-6 crore have been sent to the authority concerned for reimbursement.

“Free treatment to accident victims by private hospitals is mandated as per a Supreme Court order and also under Delhi Nursing Homes Registration Act. Our government is trying to provide an additional cushion to hospitals to fulfil the mandate,” said a government spokesperson. There are around 1,200 hospitals and nursing homes in Delhi of which 300 have signed the agreement to provide cashless treatment. Many others are doing it without the agreement.

The spokesperson added that health minister Satyendar Jain has asked for the files related to bills sent by the hospitals and a decision will be taken soon over the payments.

Meanwhile, many hospitals said they cannot provide free treatment, particularly in cases where the costs are high and patients need admission for a longer time, unless the reimbursements are given on time.

“Our hospital has outstanding dues of about Rs 35 lakh. We have been pursuing with the state health department for several months to get the money, but to no avail,” said the owner of a 125-bedded hospital in Rohini who didn’t want to be quoted.

The heads of two other top corporate hospitals in south Delhi said they have treated more than 125 patients since the launch of the scheme and their outstanding dues are about Rs 1 crore. “We haven’t heard from the government on the reimbursement as yet,” said one of them.

As per law, hospitals are mandated to provide first-aid and stabilise an accident victim, but reimbursements are a must when it comes to multiple medical or surgical interventions needed over a period.