How India & other Countries must look towards Pharmacies to dispose their unwanted Meds.

I suffer occasional flare of headaches around at 1-2 episodes a quarter& the remedial treatments include desperate search for a aspirin tab that lies stacked idle at a cabinet towards a lonely corner of my house. The headache crosses the pain threshold as I struggle to retrieve the tab. from thebox full of medicines. My boastful collection includes likes of several multivitamins, prescribed unused antibiotics, antihistamines, the pain balsams , antacids ,cold & flu tablets but the list does not end here I have antifungal powder, several capsules not to mention ayurvedic supplements also some emergency band aid & yet I cannot find my aspirin. My search for aspirin can be compared to finding diamonds from the coal mine.

Let us dwell further into this India’s out of pocket expenditure as % of Private Health Expenditure is 89% thanks to a low awareness & penetration of insurance. Like most countries Indians are used to visit the neighborhood pharmacies much more than the Doctor who can ensure steady supply of prescribed & many OTC medicines. Indian scenario is a bit different as the highly vouched but unqualified personnel in a pharmacy, is caught up in the inflationary pressures guided by burgeoning fixed & occasional variance in variable costs caused as a result of making provisions for the occasional inspections. In simple words the sole motivator in this scenario happens to be more margin & volume play. No wonder prescription is not mandatory requirement to get medicines. Most Indians are coerced into buying either unwanted or simply excess medicines. I feel dismayed as most of the households can boast of an etiquette collection of several samples & unused medicines like mine. Drug overdose & abuse claims not only effects lives of mango people but also devoid us of the larger than life entertainers like Michael Jackson , Anne Nicole Smith , Eddie Guerrero ,David Kennedy , Elvis Presley ,Bruce Lee ,Marilyn Monroe to name a few.

Facts & Figures:
Are you aware India as per National Crime Records Bureau witnesses around 3000 deaths due to drug overdose?
Around 200000 die as a resultof drug abuse around the world it would cost Government 250bn$ if it were to provide treatments for every individual suffering from it.
In India around 2.5% cases of Suicides are as a result of drug abuse & sleeping pills.
Here is a small evidence that shows the state wise deaths due to overdose.

Data NCRB 2014 Source TOI Jul 23, 2015, 03.37 AM IST
Unused medicine has an imminent potential to cause fatality either-accidentally or intentionally. Young children swallow medicines meant for adults accidentally especially in the 6 month- 3 year age group & adults tend to intentionally overdose the medications for harmful effects which can be called as a suicide.
The over use of painkillers hasadverse effect onthe kidneys, liver, gastro intestinal tract& the heart. Another powerful medication for pain management includes opioids which have been abused to a great extend. 6/10 deaths of overdose are linked to Opioid abuse as per CDC. Thanks to price control India has been able to prevent abuse of heroin which in western world has been looked at as a cheaper & superior alternative to opioid medications.

Solution & Treatment options
As we see there’s a huge gap in consumer awareness & consumption patterns of unused medicines are concerned India. There are options available in overdoses & some of them are conventional methods which involvesadministration of stomach gastric lavage & use of activated charcoal.One product that has been missed out includes Naloxone available as prefilled syringes, injectables or nasal spray. Experts say anyone using licit or illicit drugs should have some Naloxone on hand. This is one product that should be recommended to every opioid user but as the quote goes “Do we practice what we preach? If not, we are hypocrites & should not expect others to behave in one favor.” The biggest barrier is accessibility to Naloxone& physiciansdo not give a strong recall value for it. Also marketing of Naloxone is not very profitable several manufacturers have shut doors.

Solution to keep unwanted medicines away:
Hypothesis:The abuse/ overdose of a drug α availability/ accessibility of the drug. 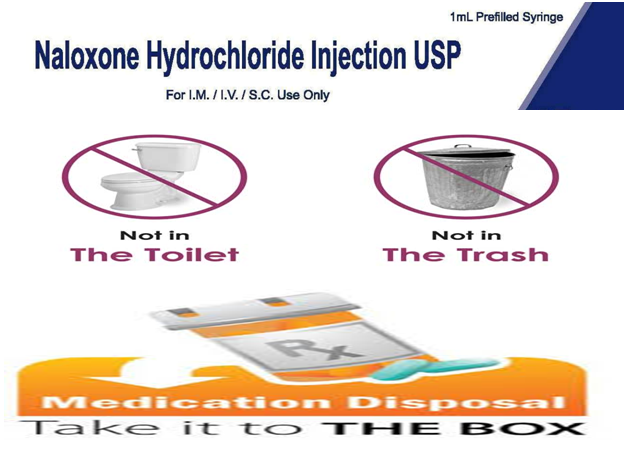 Drug stores should be looked up as the convenient option for discarding unwanted medicines. This will not only help to tackle use of opioids but also tackle overdose of prescription medicines. Further these pharmacies can also supply it to neighboring hospital & NGOs. This will decrease the need for recycling or disposal of unused medicines. It is much better than incineration or flushing the pills in the toilet which may find its way into drinking water thanks to the complex & loopy water systems.

My hypothesis rests on the premise the prevention of Abuse/Over dose of a drug α Curb the Availability/Access of the drug. At the same time we have the contrarian view which is debated in several podiums about legalizing use of drugs. Though the data where drugs have been legalized does not indicate decrease in consumption of it&on similar lines if we compare the data for alcohol. Lifting the ban on alcohol restriction has not shown the consumption of alcohol to decrease in various countries.

With this I charter myself into a new beginning where I will buy a diamond only when necessary. As the saying is “Diamonds are not a girl thing only”.