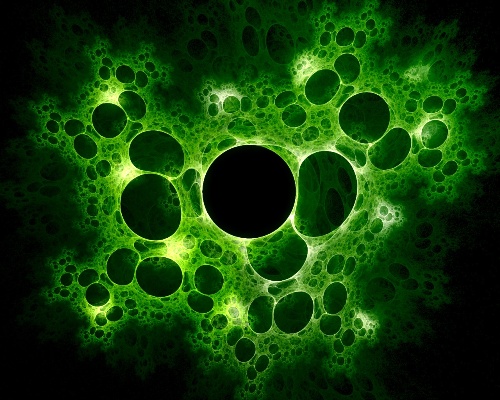 With this, Rotavac vaccine will be available to more than half population of the country.  Till now, it was introduced in only four states.

Rotavirus is one of the leading causes of severe diarrhea and death among children less than five years of age around the world. India accounts for 22 percent of the child deaths due to Rotavirus diarrhoea occur in the world. Every year, nearly 80,000 to one lakh children die in India due to Rotavirus diarrhea, and about 9 lakh children are admitted to hospital due to episodes of severe diarrhea, with 32.7 lakh OPD cases.

”It is estimated that every child in world will become infected with Rotavirus if we do not vaccinate them. Among the children who become infected, one in eight will need a outpatient visit to hospital, one in 30 to 50 would be hospitalized due to gastrointestinal infection and one in 1,000 would die because of Rotavirus”, says Dr.Gagandeep Kang, Executive Director of Translational Health Science and Technology Institute at Faridabad,on the outskirts of Delhi.

Dr Kang was involved in the phase I to III trials of the vaccine. There is an interesting history behind the discovery of Rotavirus and the fight against it.

In 1973, Ruth Bishop, Geoffrey Davidson, Ian Holmes, and Brian Ruck working in the Royal Children’s Hospital, Melbourne, Australia were examining the cause of dehydrating gastrointestinal infection in children. When they examined the faeces and the gut of children having protracted diarrhea through electron microscopy they saw a new virus that was shaped like wheel. The virus was named rota, from Latin for wheel.

Once the virus was discovered as the cause of the life threatening diarrhea, scientists world over started to work on developing a vaccine against it. After years of research, the first vaccine was licensed in the US in 1998. It, however, had to be withdrawn as it had very severe side effects. It took another eight years before another vaccine was developed.

In India too, efforts to develop a vaccine started in 1980s. Dr M.K. Bhan, who was then an Assistant Professor of Paediatrics and later became Secretary of the Department of Biotechnology (DBT) in the Government of India, began to work on a vaccine after a rotavirus epidemic broke out in Delhi in 1985. Some of the new born children showed evidence of the presence of rotavirus but did not develop the disease. He followed up these children for two years and found that they had acquired immunity to rotavirus. Meanwhile, Professor C. DurgaRao of the Indian Institute of Science (IISc) Bangalore had also isolated attenuated rotaviruses in new-born children.

India then did not have the wherewithal to characterize viruses properly. The Department of Biotechnology’s Indo-US vaccine action plan came handy and the virus strain was taken to US and made into a candidate vaccine. The vaccine was tested in US children and adults.

“The foreign manufactured vaccine was costing around 200 US dollars per child which was clearly not affordable in India. We decided to develop an indigenous vaccine that should cost less than one dollar per child.  Bharat Biotech in Hyderabad, DBT and a host of other partners got together and took up the challenge.” says Dr Kang.  After mandatory trials and study, the vaccine was licensed in 2014.

Speaking to India Science Wire, Dr. Kang also expressed concern over the persisting problem of worm infestation in children. “Hookworm infestation may not kill. But, children get weakened by frequent diarrhoea episodes and they become vulnerable to malnutrition, stunting, and opportunistic infections such as pneumonia. We have to make toilets affordable and acceptable to the people”.

Having done field studies on the issue, she notes that people are not antagonistic to toilets and that the problem was with regard to how they were selected. “One size cannot fit all. The design of toilets for Rajasthan will not work for say a coastal area with high water table. Likewise, if faecal excrement floats around open sewerage, people are not going to accept toilets. Functional sewerage system is a must” she says.

Dr. Kang completed her MBBS in 1987 and her MD in Microbiology in 1991 from Christian Medical College, Vellore and later on obtained PhD in 1998. She carried out her post- doctoral research With Dr Mary Estes at Baylor college of Medicine, Houston, before returning to Vellore.

She has helped establishment of networks of sentinel hospitals and laboratories that carry out surveillance for rotavirus disease in children and ancillary studies in association with the Indian Council for Medical Research and the World Health Organization.

Dr Kang has published over 250 papers in national and international journals and has been awarded with the prestigious Infosys Prize in life science for her pioneering contributions to understanding the natural history of rotavirus and other infectious diseases that are important both globally and in India. (India Science Wire)