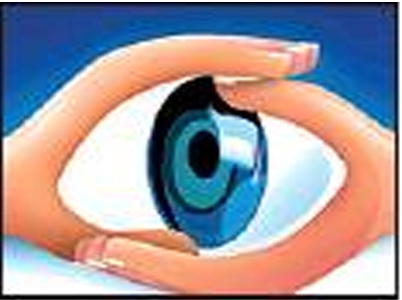 Chennai city doctors recorded success in his operation to re-modeled man’s cornea with donor human tissues. Doctors proved their skills and expertise while they successfully implanting donor cornea in the form of two semi-circular rings that alter the shape of the cornea. This success is the result of their presented scientific papers.

Mohan Kumar, Chennai based interior designer experienced an issue with his vision while he struggled to draw a straight line despite using a ruler. Mohan also realized his vision losing progressively and he changed a number of spectacles till now.

Chennai doctors diagnosed Mohan’s eye and found it was keratoconus. The shape of the cornea for normal vision people is dome-shaped but for Mohan it was conical. The genesis of keratoconus is still little known but many factors like genetic, frequent rubbing are the main reasons for thinning and eventually degenerating of the cornea. Its symptoms start at the age of 10 and increases for a decade or longer.

Mohan consulted doctors at Dr. Agarwal’s eye hospital at the age of 25 and his vision was distorted in both eyes. Dr. Soosan Jacob who did the procedure and said they had two options one is to strengthen the cornea by introducing synthetic implants and second complete cornea transplant. Doctors can’t choose the first option as layer would continue to be misshapen and second section could raise the risk of infections later.

Then Dr. Soosan Jacob team planned to choose the third option in which doctors implant donor cornea in the form of two semi-circular rings that alter the shape of the cornea. They used the third option and operation took only 20 minutes. Kumar was monitored for more than a year after the procedure and within a week his vision restored completely.