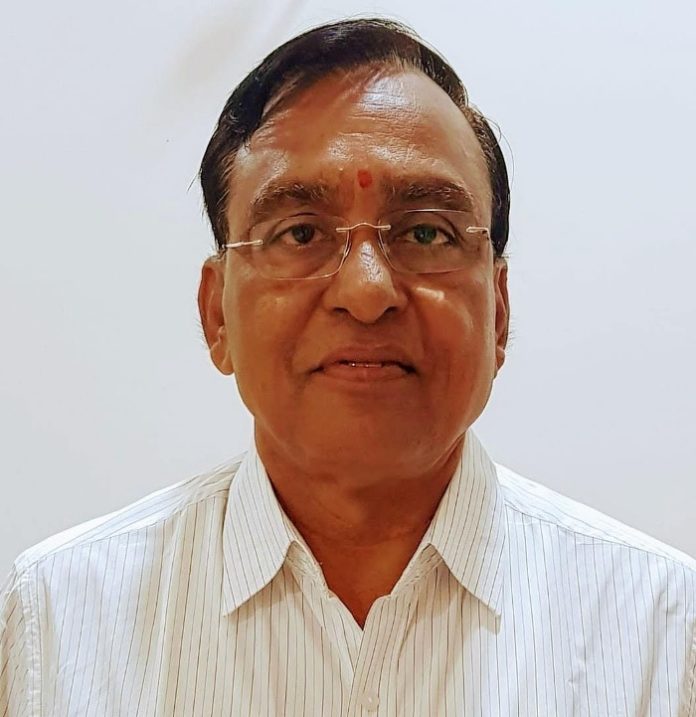 Hyderabad / New Delhi: Cap on the retail price of cancer drugs is no doubt a much needed relief for cancer patients. But to whom goes the credit? It may seem odd but credit for this is attributed to a Telangana businessman, Purushottam Somani, by none other than men of PM Narendra Modi.

BJP national vice president, Rajya Sabha member, Vinay Sahasrabuddhe, has conveyed the credit to Mr Somani in so many words through a letter. Vouching for Somani’s consistent efforts, Sahastrabuddhe writes in email to him: ‘Dear Purushottam Ji, Many thanks. Firstly, it is entirely to your credit that some justice has been done to the important subject that you are very passionately fighting for. I admire your emphatic follow-up for a very worthy cause”.

Somani, founder of Nizamabad Chamber of Commerce, is soaking up in the glory which only has firmed up his resolve to do more for patients and stop the retail loot through medicines. By his own admission, he got more than he bargained for. A congratulatory message from Vinai Saharshtrabuddhe becomes important because he is a man in PM’s core. At the behest of Mr Somani, Sahastrabuddhe had taken up the matter with Prime Minister. Shyam Jaju, National Vice President of BJP has also written a letter to him showering praise on him and attributing the cap on Mr Somani.

Recently, government of India has put the cap on the retail price of cancer drugs. It is true that Somani had run from pillar to post consistently for over 6 months for this.

Talking to Medicare News, Mr Somani, a local tractor dealer, said, ‘ when a poor man took a loan of 40,000 rupees for a simple illness, I tumbled upon the fact that there was a huge difference between the price at first point of sale (wholesale price) and the MRP levied on medicines of non-scheduled category formulations. Sometimes, the margin of the retailer would be over 1000 percent. This prompted me to do something to stop the retail loot.’

Mr Somani began corresponding with the Prime Minister’s office in October 2018 on this issue. Later, he met with Union Health Minister J P Nadda and Union Minister for Chemicals and Fertilisers D V Sadananda Gowda and other senior officials seeking action on this ‘pricing scandal’. He too met Vice President Venkai Naidu and elicited promise that he would help in the campaign. He organized a press conference in Delhi and exposed the scandal, saying the profiteering happens only at the end of retailer and pharma companies become party to it not for profit but only for keeping up sale.

The retail price of cancer drug Pegfilgrastim, manufactured by a Hyderabad-based company, was reduced to Rs 2,720 inclusive of GST, from Rs 10,790 after the government announced a new price formula that permitted a 30 per cent trade margin, according to Somani.

The campaign has made Mr Somani an expert of medicine business because he gave a lot of time studying pharma economics. He intends to use this knowledge in his future campaign. In another press conference in Hyderabad, Mr Somani conveyed that similar price controls on the price of medicines for other major ailments such as diabetes are in the offing.