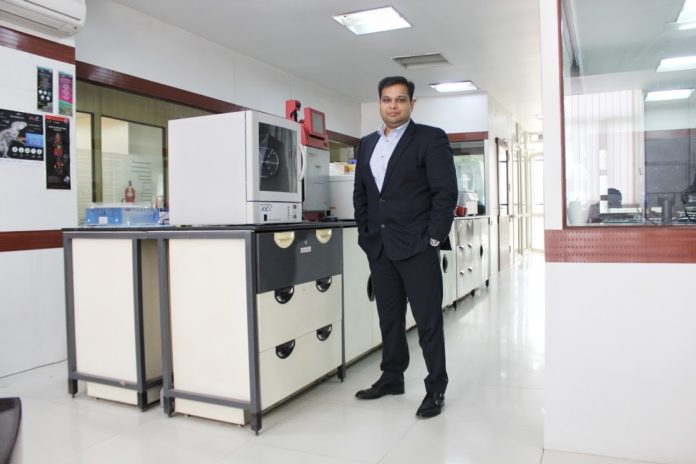 New Delhi: Birth of a Thalassaemia major child is no bundle of joy at all. It is burden of a life time on conscience of such parents.

It is traumatic for both parents and the child who has to undergo lifelong tortuous treatment. Given the burgeoning burden of Thalassaemia major, a genetic blood disorder, in India, it is high time to sensitise couples to get tested for thalassaemia before going on a family way. The World Thalassemia Day (May8) should be an occasion to dissuade couple not to pass on the defective gene to their offspring.

If both father and mother are carriers of recessive thalassaemic gene, they are highly likely to give birth to a thalassaemic major child. They would be well advised to avoid pregnancy in such case. They would have been even better advised to not have married at all in the first place. Testing for thalassaemic trait gene before marriage is coming in vogue in a big way.

Thalassaemia is an inherited blood disorder characterized by less haemoglobin and fewer red blood cells in the body. To overcome the deficiency, the patient needs regular blood transfusions.

With preventive health not being a major health trend in India, people suffering from Thalassaemia are unknowingly passing on this chronic genetic disorder to their progenies. But this catastrophe could be averted by going through genetic test before going for pregnancy or marriage.

Genes2Me, a clinically driven diagnostic company, offers a specific test for Thalassaemia, The Thalscreen ( V2 Betacheck) panel is designed with the most common HBB gene mutations in the Indian population. It covers 20 most prevalent mutations and can be reported on various specimen types like ~2ml peripheral blood, buccal swab, amniotic fluid, CVS and saliva. The panel also caters to Sickle Cell Disease which is also common in the population and has a severe clinical manifestation.

Mr Neeraj Gupta, Founder and CEO, Genes2Me, says “Clinical diagnosis at Genes2Me studies the genetic make-up and outlines any suspected genetic condition. Thalassemia is principally inherited when the defective recessive gene from both parents become dominant in the offspring. Genes2Me through comprehensive health analysis empowers individuals to identify any possibility of the passing of the thalassaemia mutated gene to the next progeny.”

Why is it important for an individual to opt for Thalassemia Screening in India?

Thalassemia is passed in the offsprings when recessive trait from parents are inherited. Because of the less awareness about Thalassemia, patients do not opt for diagnosis and end up transferring mutated genes to their children. If any of the parents is a carrier of the faulty gene, then there are 25% per cent chances that their offspring will be a Thalassemic major.

Thalassemia signs and symptoms may include:

The type of thalassemia depends on the number of the mutated genes inherited from parents and the part of the haemoglobin molecule affected by the mutations.

Possible complications of thalassemia include: