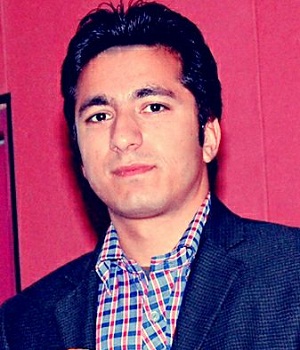 Tuberculosis (TB) is an infection that most commonly attacks the lungs. As per the latest update around 8 crore people in India are suffering from Tuberculosis and among those around 3 crore also have HIV along with. It can also attack other parts of the body, such as the lymph nodes, spine or brain. If you are living with HIV, it means that you are more likely to develop Tuberculosis because of a weak immune system; however,the risk of TB can be minimized by taking HIV treatment properly to keep an immune system strong and healthy. If anyone is living with a person infected with HIV, one should get tested for TB regularly. Pulmonary Tuberculosis (lungs) is the only type of TB that can be passed on to others. If someone with TB coughs or sneezes,the bacteria in these tiny drops can be inhaled by another person’s around. However,not everyone infected with TB will become ill because of different immune system. There are two types of Tuberculosis: Active and Inactive.

Active tuberculosis means TB is spreading throughout the body, and the immune system cannot prevent illness and symptoms of TB. Symptoms of active TB include cough of 4 weeks or more, tiredness, weakness, fever, night sweats, loss of appetite,weight loss, swollen glands, and pain in the body. If a person has inactive tuberculosis,it means their body has been able to fight tuberculosis and stop it from causing illness. They do not have symptoms and can’t pass it to other people around. In some people, tuberculosis remains inactive for the whole life. In some people, TB may become active if their immune system weakens-specially in HIV patients. If you’re living with HIV and have tuberculosis, you are said to have a co-infection. This means that tuberculosis is difficult to diagnose, spreads faster, more likely to be fatal if left untreated, can spread to other parts of the body, more likely to return after being treated, harder to treat if you have a drug-resistant strain. It is difficult to prevent tuberculosis be cause it can be passed on via the air and smoke. Covering the mouth with a hand, tissue when coughing or sneezing can help to stop the spread of Tuberculosis.Active tuberculosis can almost always be treated with antibiotics, they are usually taken daily for six to eight months. For people with TB in other parts of their body, treatment lasts for even longer. Treatment is not required for most people with inactive TB. However, if you’re living with HIV, TB treatment is necessary to cure and prevent TB causing illness. A similar course of treatment to that for active TB will be recommended. If you have TB and HIV, it is very difficult to take drugs for both at the same time because of the number of drugs, how often they need to be taken, and because of drug interactions. It’s important you take TB treatment correctly for the whole length of the course to prevent TB becoming resistant to the antibiotics.