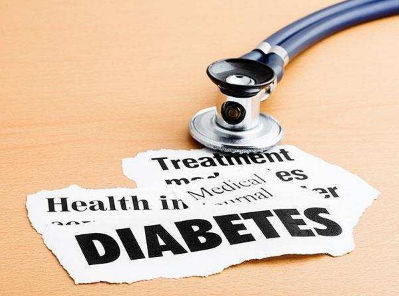 A new study published by Oxford University Press indicated that the recent-onset diabetes was associated with a 2.3-fold greater increase in risk of pancreatic cancer than long-standing diabetes.

Pancreatic cancer is one of the most fatal cancers, with a five-year survival rate of only 8 percent because majority pancreatic cancer patients are diagnosed at a late stage.

Diabetes is linked to both a risk factor for and a consequence of pancreatic cancer. The prevalence of diabetes among pancreatic cancer patients is unusually high as compared to other cancers.

The majority of the diabetes patients with pancreatic cancer are diagnosed with diabetes less than three years before being diagnosed with cancer. Among the patients undergoing pancreaticoduodenectomies (the surgical operation often used to try to remove pancreatic tumors), almost half have no diabetes postoperatively.

The researchers examined the association between recent-onset diabetes and pancreatic cancer in a prospective study of African Americans and Latinos, two minority populations with high diabetes risk.

Diabetes was found to be associated with an approximately twofold increased risk of pancreatic cancer. Importantly, the researchers demonstrated that the association of recent-onset diabetes with pancreatic cancer incidence was evident in African- Americans and Latinos.

“This striking relationship between recent-onset diabetes is unique to pancreatic cancer, and is not seen in breast, prostate and colorectal cancer in the cohort,” said one of the paper’s authors, Wendy Setiawan.

The study is published in Journal of the National Cancer Institute. (ANI)