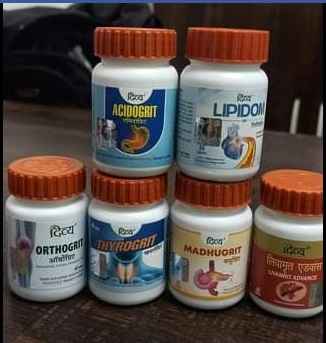 New Delhi : Patanjali Ayurveda has claimed that rules prohibiting advertisements of certain drugs do not apply to ayurvedic medicines and the Uttarakhand regulatory authority’s order asking the company to stop production of five drugs is part of a “conspiracy” by “an anti-ayurveda drug mafia”.

The claims challenge the position of the Uttarakhand Ayurveda and Unani Services Licensing Authority in the BJP-ruled state that had in a November 9 letter directed the company to stop producing five drugs it promoted as treatment for blood pressure, diabetes, goitre, glaucoma and high cholesterol.

Babu had complained that the advertisements violated the Drugs and Cosmetics Act, 1940, and the Magic Remedies Act, 1954.

Divya Pharmacy, in a media release on Thursday, said it had received no such letter or information from the department “in any form”.

It also said the drug rules do not apply to ayurvedic medicines.

“We will not allow this conspiracy to succeed in any way. (The) Ayurveda and Unani Services (licensing authority) Uttarakhand involved in this conspiracy, bypassed the departmental responsibility by writing the… letter on 09.11.2022”, and releasing it for the media, Divya Pharmacy said.