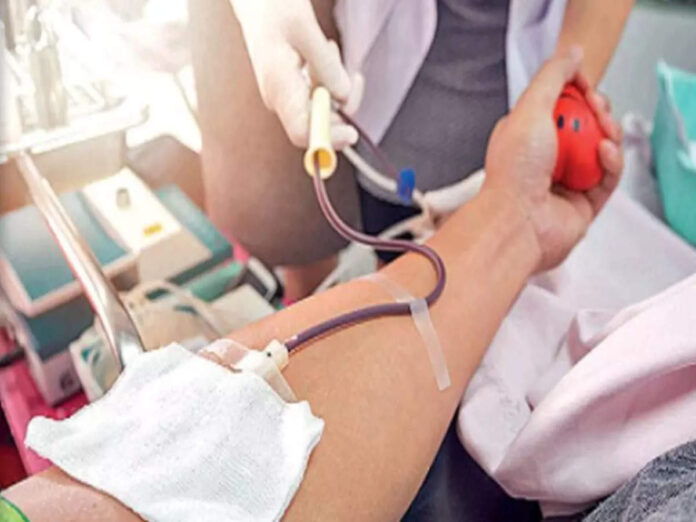 New Delhi : The spurt in dengue cases in Delhi and neighbouring areas over the past few weeks has led to a heavy rush in hospitals.

It has also led to a rise in the demand for platelets, one of the cellular components along with white and red blood cells that play an important role in clotting and bleeding.

The normal platelet count ranges between 1.5 and 4 lakh per microlitre. In dengue fever, doctors say, there is increased destruction of platelets and reduction in the formation of new ones, which leads to low platelet count.

While transfusion in patients with very low platelet count and internal bleeding or rashes was important, preventive transfusion should be avoided, said doctors.

“One of the main reasons for people seeking admission to hospitals in dengue cases is low platelet count. They insist on it, even when there are no other warning signs,” said Dr Rajesh Chawla, senior consultant, pulmonary and critical care at Apollo Hospital.

The study was based on an analysis of clinical and laboratory characteristics of 369 dengue patients admitted to AIIMS between August and November 2015.

“Transfusion runs the risk of transmitted infections,” said Dr Jyoti Kotwal, chairperson, department of haematology, Sir Ganga Ram Hospital. “Platelet transfusion should not be overprescribed. In our hospital, we conduct immature platelet fraction tests before deciding whether a patient needs transfusion or not. It measures young platelet count instead of absolute count, which is a more reliable indicator of severity,” she added.

“A majority of patients will recover with supportive therapy. Maintaining hydration is the most crucial factor. Also, patients should not delay getting the test done. We see patients who keep waiting at home with high fever for 5-6 days and rush to hospital with severe symptoms. One should get the dengue test done if fever and other symptoms persist for two days or more for timely diagnosis and treatment,” added Tickoo.