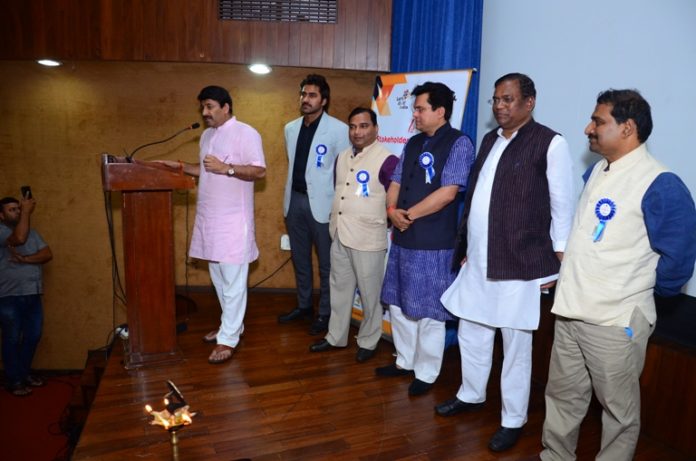 New Delhi: Prof K.G. Suresh, the Communication Guru, asked, ‘what is the hashtag (#) today? #LetUsNoToPlastics – Youth, who had assembled in numbers, mostly from Delhi University, answered in unison.

Prof K.G, Immediate Past Director General, Indian Institute of Mass Communicatio (IIMC, Delhi) was speaking in an event organized by Let’s Do It India to roll out World Clean Up Day initiative slated for coming September 27.  The earnest response from youth amply augured that days of plastics in India are numbered and PM Modi’s war cry ‘say no plastic’ is headed to a super success. The campaign is bound to break the internet.

For Delhi, clean up army became formidable as spunky Delhi MP and State BJP president Manoj Tiwari joined force with Let’s Do It India. Mr Tiwari promised that 42 lakh BJP members in Delhi will be hand in hand with the initiative to make it a runaway success. The presence of Faggan Singh Kulaste, Union Minister of State for Steel and Raja Bundela, Chairman of Bundelkhand Development Board packed a punch. Dr Swadeep Srivastava, a healthcare reformist, who has taken upon himself to aggregate forces for making India Plastic Free, seemed drunk with joy to see such swelling of support.

Taking cue from Prime Minister’s recent call for nationwide campaign to eliminate the use of single-plastic across the country, Let’s Do It India, the Indian chapter of Let’s Do It World conducted its first ever Leader’s Academy and rolled out a campaign- ‘Selfie Network for Cleanliness & Stop use of Single Use Plastics’ in India. In sync with maximum youth volunteers and the trend of selfies across the country, the campaign’s objective is to spread cleanliness across the country. The event was held at the Russian Centre for Science and Culture. The theme of this year’s clean up drive is ‘Say No to single use plastics’.

Stressing the need of harnessing the optimum potential of social media for the campaign, K.G.Suresh added, ‘Only youth Power can make the initiative a super success.’ He exhorted youth present there to be the change and dump mineral water bottles forthwith. Mr Suresh struck a chord by saying plastic is killing cows we say we revere as our mother.

Speaking about the initiative, Dr. Swadeep Srivastava, Honorary Principal Advisor, Let’s do it India, & a stalwart in the healthcare industry, said, ‘The chemicals used in the production of plastic are toxic and detrimental to the human body. The plastic can be dangerous in multiple ways. The direct impact of plastic on the environment further worsens the air quality which leads to innumerable cardiovascular and non-communicable diseases that further aggravates the burden on the healthcare industry in India.

Through our latest cleanliness campaign which is also a movement against use of single use plastic, we at let’s do it India, aim to spread cleanliness across the country  which will not only have a global impact but will also be a preventive measure escaping several hazardous problems.’

Sanjay Upadhyay, Chairman of the Board, Let’s do it India & Founder & Chairman, ELDF Foundation, said, ‘India is heavily polluted which is not only contributing to several deaths within but also a global problem. Usage of plastic is one of the major reasons for environmental pollution in India and this is wreaking havoc on the flora and fauna reserves across the globe. Let’s do it India, is the largest one day cleanliness movement in this part of the world which aims to reduce the problem of illegally dumped waste in our country and conduct regular clean-up drives.;

Pankaj Choudhary, the Founder of Let’s Do It! India said, “Let’s do it India has been dedicatedly working towards spreading cleanliness across the country. We are operational in 75+ locations in India with 1.5 lakhs+ volunteers. Last year, the initiatives taken by Let’s Do It! India were appreciated by the President of the Fourth Session of the United Nations Environment Assembly who is also Minister of Environment of Estonia.

Rakesh Shukla, Social Entrepreneur, National Chief Convener, Let’s Do It India, said, ‘Synchronizing with PM Modi’s recent campaign to impose a nationwide ban on single-use plastics which he is set to announce officially on October 2, we at let’s do it India have initiated the selfie campaign with a mission to reach every nook and corner and spread cleanliness across the country. We have also collaborated with United Nations Environment Programme (UNEP) and will amplify more such initiatives and programs to improve the environment scenario and overall cleanliness index of India through the global program, ‘World Clean-up Day’.’

Mr Shukla, who had been appointed Special Advisor by the central government to ensure Maha Kumbh not long ago, added, ‘India is a country of Villages, The Ganges and Cows. Cows are dying slow death and Ganga is contaminated, thanks to plastic. Keeping this, a national movement is a must.’ 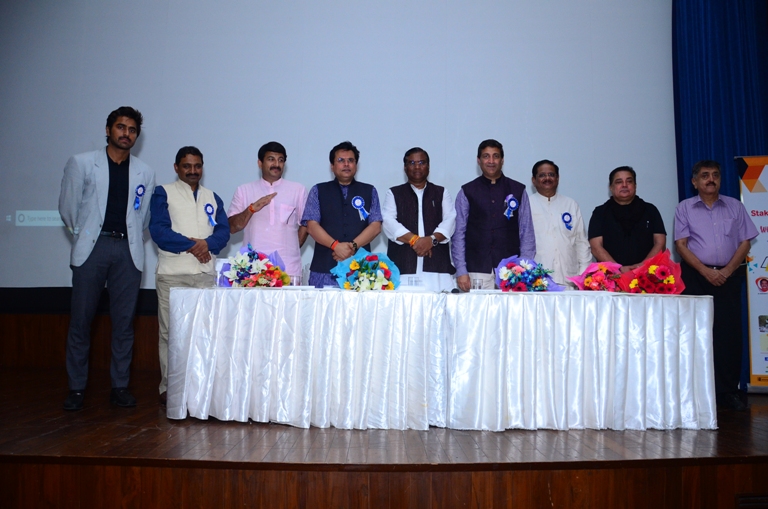 Dr. Chandrakant S. Pandav, Former Head of Department, Center for Community Medicine, AIIMS, New Delhi, said, “India is heavily polluted which is major concern and pollution, now is a disease in itself which needs to be treated urgently. Let’s do it India is another step towards treating the problem with the help of citizens of the country itself. I would like to extend my congratulations to the entire team of let’s do it India who are dedicatedly working to bring the change in the ecosystem.

Let’s Do It! India is supported by Heal Foundation and Ram Radhika Foundation. Their technical partner is Environment and Development Foundation (ELDF). Many other organizations such as AISEC, Peace is Possible, Toyota, Alliance and many more are supporting let’s do it India. Besides, the movement is also being supported by a cross-section of people belonging to varied professions. From KirenRijiju, Minister of State for Home Affairs(last year) to Saint Swami Chidanand Saraswati to Radio Jockey Raunak, Vijaypal Singh Tomar, Member of Parliament, Rajya Sabha, Sanjay Singh, Member Of Rajya Sabha, Major Dr Surender Poonia – VSM and many other dignitaries.

Let’s Do It India is Operational in 75+ locations in India with 1.5 lakhs+ volunteers. Last year, the initiatives taken by Let’s Do It! India were appreciated by the President of the Fourth Session of the United Nations Environment Assembly who is also Minister of Environment of Estonia.