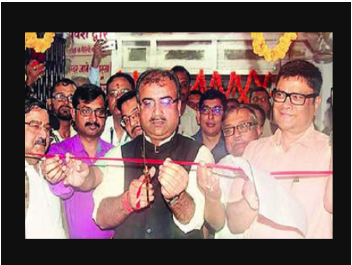 PATNA: Around 1.80 crore poor and vulnerable families comprising around 5.85 crore people in Bihar would get health insurance cover up to Rs5 lakh under Ayushman Bharat, a scheme of central government, state health minister Mangal Pandey said on Monday.

He said the innovative scheme would bring revolution in the health sector and benefit the poor sections of society.

Launching the scheme at the Patna Medical College and Hospital (PMCH) on Monday, Pandey said the scheme was launched in seven medical colleges, including PMCH, 24 sadar hospitals and a community health centre in Saran district.

“The state government has appointed ‘Ayushman Mitr’, who will work in all government and private hospitals and ensure that the beneficiaries get all the benefits right from admitting to discharging the patients from the hospitals,” Pandey said. “The beneficiaries under the scheme have been selected by the ministry of health on the basis of economic and social census,” he added.

PMCH medical superintendent Dr Rajiv Ranjan Prasad said all the facilities would be provided to the patients under the scheme. The medicines not available in the hospital would be purchased from the market for the patients. “The patients do not have to pay for that,” he said.