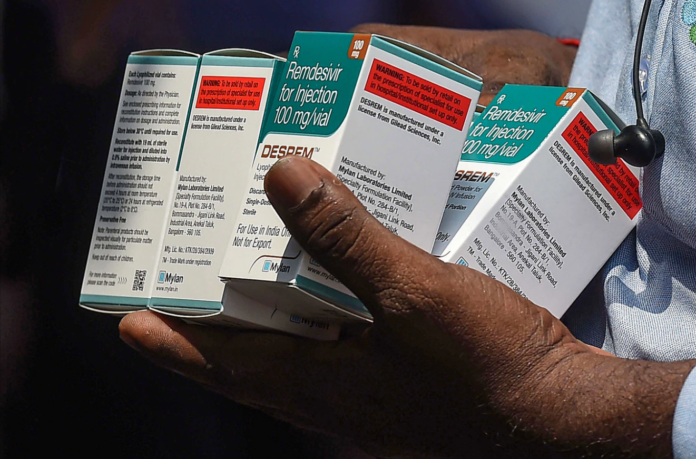 Chandigarh : Haryana police have registered 21 first information reports (FIRs) in connection with black marketing of oxygen, oxygen cylinders, and remdesivir injections across Haryana in the past two weeks, leading to the arrest of 45 persons and recovery of 77 oxygen cylinders and 101 vials of remdesivir.

According to director general of police (DGP) Manoj Yadava, taking advantage of the rising demand of medical oxygen, unscrupulous persons and employees of private hospitals are indulging in black marketing of oxygen and remdesivir, which are in high demand for treatment of Covid-19.

Since April 23, he said, eight FIRs were registered in connection with black marketing of oxygen and oxygen cylinders in six districts of Haryana, leading to arrest of 12 accused and recovery of 77 oxygen cylinders.

Similarly, 33 accused involved in black marketing of remdesivir injections were arrested. He said 13 FIRs were registered against the accused in eight districts and police recovered 101 vials of the drug from them.

“Police have collected 1,249 cylinders as a voluntary contribution from factory owners, welding shop owners, gas-balloons sellers and ordinary citizens and handed over to the district administration,” he said, assuring that police are working tirelessly to stop the black-marketing.

The DGP appealed to people to inform the police on black marketing of injections and oxygen cylinders on mobile number 7087089947 and toll-free number 1800-180-1314.

Two days after police claimed to have arrested the alleged kingpin of a black marketing racket of remdesivir injection in state, the Panipat police have arrested a supplier of the injection.

CIA-I in-charge Rajpal said accused Khushnasib, of Haridwar, has been arrested from Panchkula. He used to supply remdesivir injection in Haryana with the help of a Panipat-based medical store owner Pradeep Kumar.

Police said Khusnasib has been sent on seven-day police remand for further interrogation, whereas Pradeep was already arrested for running a racket and black marketing remdesivir. He is on a four-day police remand.

On Wednesday, police had arrested Yogesh Kumar, of Hasanpur village in Shamli district, and Dilbag Singh, of Sector 6 in Panipat, for allegedly selling remesivir injection in black.

Police said Yogesh is a BAMS doctor and works at gaushala’s dispensary in city while Dilbagh runs a wholesale medical store in city.

Police have recovered four vials from their possession. However, police said they could not confirm whether these injections are fake or real. The injections were sent to lab for testing.