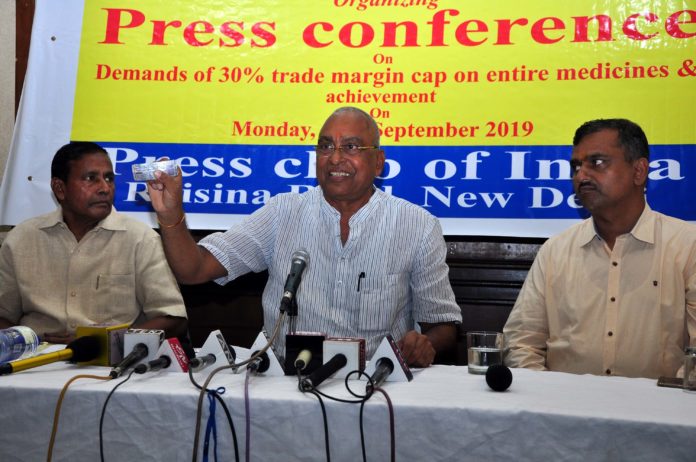 New Delhi: It is really strange that a business leader should holler for slashing of profit in trade but, that is what is making his voice credible and compelling the powers that be to listen to Purushottam Somani’s prescription – put 30 % trade margin on entire medicines to protect both patients and government’s earning from income tax and GST. It may not seem possible but he is brimming with confidence chanting Modiji Hai to Mumkin Hai.

30% cap on cancer medicines due to his efforts has proved a booster dose for Mr Somani, Founder President of Nizamabad Commerce & Industry. This has toughened his resolve to take his fight to logical end- to get abnormal MRP, sometimes up to 5,000%, slashed to 30% across all medicines. Exposing threadbare the scams of high MRP in medicine business, Mr Somani in a press conference in Press club of India on 17 September, demanded to end category of drugs into schedule and non schedule category and put 30% margin cap on entire medicines.

According to him, there is no need of bifurcation of schedule or non-schedule drugs. Govt. can put 30% trade margin cap on entire medicines, lifesaving drugs, devices on MRP prices on or above Rs. 2/- MRP (for viability) like cancer drugs. He said, ‘Entire drugs and devices prices will be slashed upto 90% without affecting manufacture’s selling price and reasonable profit to wholesalers and retailers but 130 crore people will be benefited and getting out of financial crunch because medical expenses are far more than food expenses. 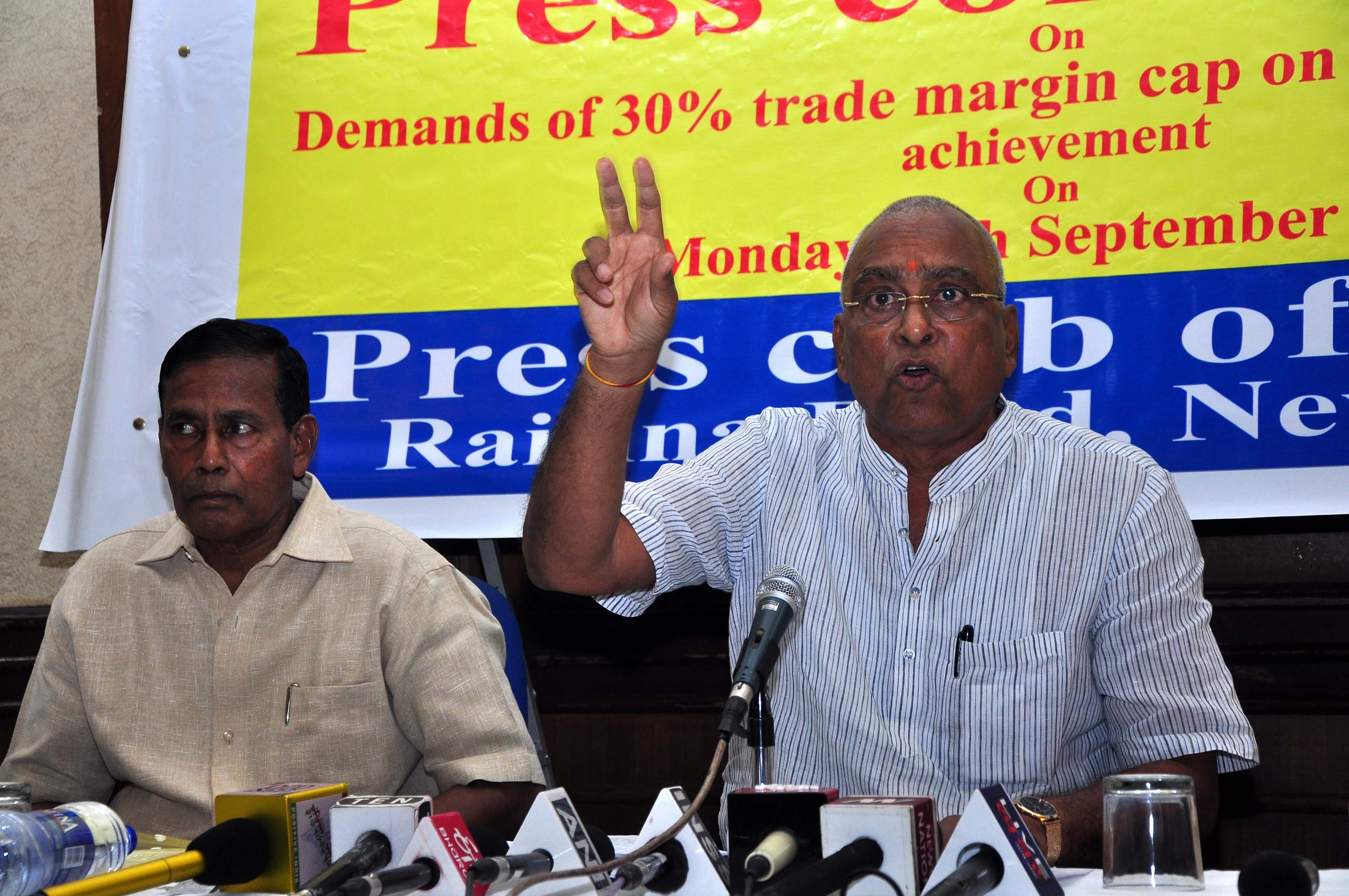 According to him, there are 83% non-schedule drugs & 17% schedule drugs. Non schedule drugs prices MRP is printed upto 5000% more on retailers purchase cost and schedule drugs. Manufactures are not earning any profit, contrary they are losing due to DPCO therefore they avoid manufacturing medicine under DPCO. Before GST, excise duty was on 65% on MRP prices of medicines. Now GST is on selling prices, not on MRP and there is no drug control policy on ceiling the prices. Therefore on demand of hospital owners, Doctors and attached medical shops manufactures are printing abnormal MRP upto 5000% to get the business.

Mr.Somani said, ‘I have studied for 1107 medicines of 5 leading companies of which average MRP is 500% more than retailer’s purchasing cost. As on today, manufacture’s total turnover is 3 lac crore (without exports) whichmeans retailers turnover should be 15 lac crore. So, the question is whether govt is getting income tax and GST on 15 crores ? The answer is–no. Govt. is getting income tax and GST on only approximately 4 lac crore only which means Govt. is losing approximately 3.3 lacs crore in income tax and 1.1 lacs crore in GST, but public is getting looted by buying medicines on MRP. By trade margin cap govt. will not lose revenue and public will be safeguarded.

Summing up, Mr Somani Said, ‘ by putting trade margin caps, all the medicines prices will be approximate near to Pradhan Mantri Bhartiya Janaushadhi. This will also lead to coming down of claims related to Ayushman Yojana, Health Insurance premium and insurance by 50 to 80 % .