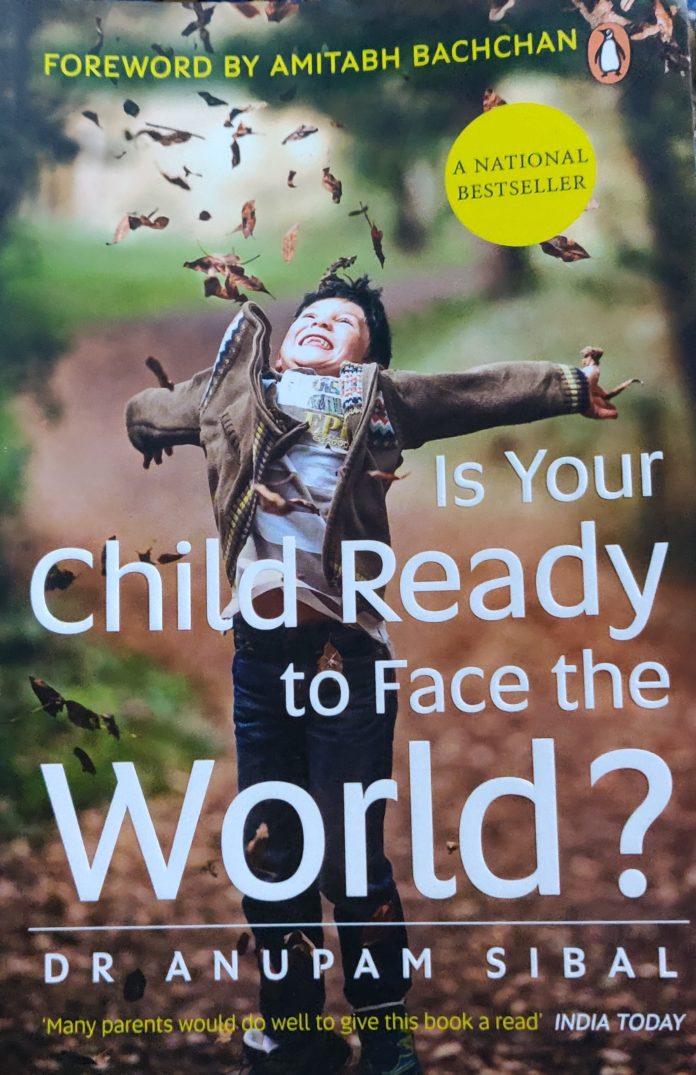 New Delhi: Picture a child scared by the sight of a syringe. It needs quite a coaxing to prepare him or her to be amenable to an injection. The same is with sermons. They are equally off putting for a child.

Dr Anupam Sibal, a preeminent paediatrician and Group Medical Director of Apollo Hospitals Group, has meticulously injected values in his own son Devaang as he would prepare a fearing child for injection and offers him as an evidence of his parenting medicine. Dr Sibal has penned his parenting points in his book ‘Is Your Child Ready to Face the World?’ One would surely wonder how Dr Sibal stole time from his huge official responsibility to acquit himself as an ideal father and write a prescription on parenting.

As a well known paediatrician of over twenty years, Prof. (Dr) Anupam Sibal is also known for helping in setting up first successful paediatric liver transplant program in India at Apollo Hospitals. And as a father, he has made great efforts in writing a book to set up good parenting as well.

On the face of it, the book might sound a bit too much preachy but, as one advance in reading, the book turns out gripping. It is interesting to read how adroitly Dr Sibal initiated his son into lives of great people instead of mere sermonising. The way he communicates with his son is quite remarkable. The book provides hands on approach to instil different qualities and values in your child.

Devaang is still taking lessons of humility from Dr Reddy. Dr Sibal ‘makes it point to get Devaang to interact with Dr Reddy as often as possible so that he can observe humility at close quarters and imbibe it.’ The book reveals a unique aspect of humility of Dr Reddy, the architect of modern healthcare. Dr Reddy always stands up to greet whoever enters his office. It does not matter if it is a minister or a housekeeper. Dr Reddy always stands up. Dr Sibal writes, ‘I noticed this habit in 1997, and eighteen years later when Dr Reddy is eighty two years old, I see him still sticking to it.

A few years ago, Dr Reddy, the patriarch of Apollo Hospitals group, had a fall and fractured a couple of ribs. He was asked to rest, but as he loves his work so much, he decided to come to work. The day, when everyone entered his office he apologised for not standing up, saying that he had been forbidden by his orthopaedic surgeon to exert himself.

The book is a veritable ‘pharmacopeia’ of values for parenting. The book underlines the fact that there could be no father who has inbuilt quality of good parenting. Good parenting is a skill that a father has to master over time.  ‘It requires adapting constantly to the rapidly changing times in today’s world where academics, extracurricular activities and distractions in the shape of numerous gadgets make heavy demands on children’s time, it is tough to communicate with him.’

Big Baap Amitabh Bachhan has written foreword the book. Others  who have written paeans on the book include Madhuri Dikshit and Dr ShriRam Nene, Kapil Dev and Romi, Brahma Kumari Shivani, Jim Clifton