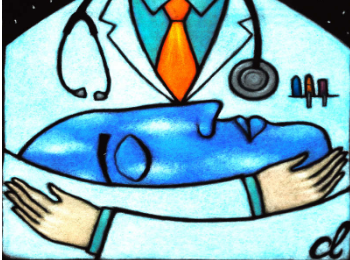 THIRUVANANTHAPURAM: The three-decade-old row over the move to train ayurveda and homoeo medicos in allopathy has once again gained momentum as the government has issued an order in this regard. Indian Medical Association (IMA) has come out against the order while Ayurveda Medical Association of India (AMAI) has claimed that their syllabus includes training in certain areas of allopathy.

As per the order, BAMS (ayurveda) and BHMS (homoeo) medical students should be given opportunity for ‘observation’ in postmortem, gynaecology and general surgery departments of government hospitals. “It is not even training as it is being propagated. The order insists on providing an opportunity to closely observe the procedures,’’ said additional chief secretary (health), Rajeev Sadanandan.

Fumed over the order, IMA is planning to move the court against it. “The issue started in 1988 when A C Shanmugha Das was the health minister in the E K Nayanar government. The successive governments had tried to implement this. When V S Sivakumar was the health minister, a similar order was issued. IMA objects to this because there is no instruction from Medical Council of India to provide training in allopathy for those who are trained in other systems of medicine,’’ said Dr N Sulphi, state president of IMA.

According to IMA state president Dr E K Ummer, such training would result in producing quacks. “IMA will be forced to launch an agitation against this order and no doctors in government hospitals will be ready to impart training for medicos from other systems of medicine,” he added.

However, AMAI representatives point out that the high court had permitted house surgeons in ayurveda to undergo training in allopathy. “IMA had approached the high court against the government order in this regard and the court had ruled that the knowledge cannot be a monopoly of anyone,’’ said Dr Rejith Anand of AMAI, adding that they were ready to fight if the IMA once again approached the court.