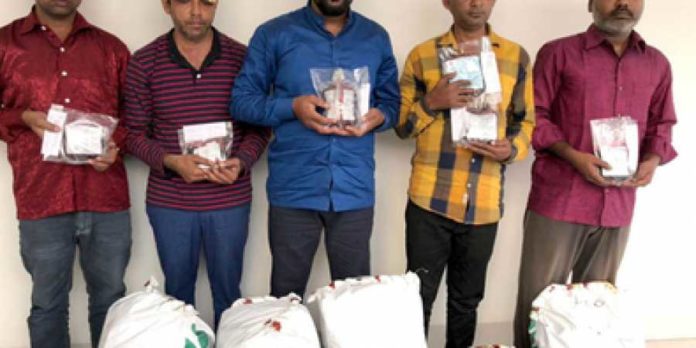 Naseem, Kingpin of gang mix saline water and other chemicals in the blood collected from poor people and drug addicts. Then those units were marked with labels of reputed blood banks and hospitals and sold to unsuspecting relatives of people admitted to reputed hospitals.

STF officials told to the media that the racket operated in Madiaon area of Lucknow for some time. Deputy SP Amit Nagar led the STF team, did follow the blood banks and hospitals for 15 days and after gathering the best evidence, the team raided the hospitals and nabbed the racketeers.

Gang members collected blood from daily wage laborers, rickshaw pullers and beggars only for as little as Rs 1,000-Rs 1,200 per unit. They packaged it after mixing it slated water and adding chemicals to it before selling it to the attendants of patients and even to some hospital showing forged blood donation forms at Rs 3,500 per unit.

They don’t even have a medical degree or qualification in this regard and they were arrested for this. They were doing their operations themselves. They were selling fake blood without any medical knowledge.

STF also told to the media that the arrested people have only studied till the matriculation. Police got a number of complaints regarding fake blood and its circulation in Lucknow. Following the trail, the UP STF also raided two blood banks in the city.

As per the reports, all the raids were confidential and not even the local police were known for this. More people will be arrested soon.