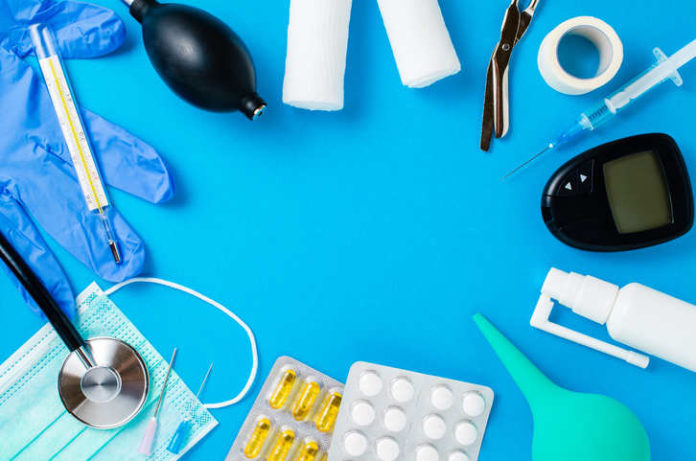 Noida (UP): Noting that India has done well in generic pharmaceuticals, and ensured that all treatments are available within the country, a senior Union Health Ministry official said Thursday the need was now to ensure emergency medicine and universal health coverage. Secretary to the Department of Health Research in the Ministry of Health and Family Welfare, Balram Bhargava, averred India has witnessed phenomenal growth in several fields, including Information and Technology, Space, Nuclear and farming sectors.

He said the Green Revolution has been among the most significant of these which has turned the country from being a food grains importer to exporter.

“Not only that, we have done phenomenally well in pharmaceuticals. 50 per cent of the generic drugs in the world are of Indian origin, we have also done well in medical sciences and our generation has ensured that no one has to go out of this country for any treatment. It is all available in this country,” he said.

Bhargava was speaking here at the convocation event of the Amity University, which conferred honorary doctorate degrees on him and Shashank Sharad Kale, Head of Department (Neurosurgery), AIIMS and Vaidya Devendra Triguna, a former honorary physician to the President of India Thursday.

“Having said that we still have two major frontiers – as far as healthcare is concerned – and they are emergency medicine and universal health coverage, which is being tackled by the Prime Minister in the Ayushman Bharat Programme. The programme has two pillars of developing the wellness centres – 150,000 and the insurance scheme for 10 crore families, which is nearly half the population of India for Rs five lakh every year,” Bhargava said.

He exhorted the students and institute to contribute more in medical and bio-medical research so as to create and nurture the new leaders for Prime Minister Narendra Modi’s vision for healthcare of the people.

Congratulating the passing out students, he remarked it is a “stellar example of the soft power” that India is developing for the world.

Triguna, a Padmashree and Padmabhushan awardee, stressed that Yoga and Indian medicine system have started to gain global recognition. “Now, the aim of the Indian government is to provide cost effective healthcare through Ayurveda to every citizen,” he said.

Veteran neurosurgeon Kale exhorted the students to consistently work hard to achieve the aim they have set for themselves saying, “success is entirely possible through unswerving dedication and persistence to accomplish the goal”.

As many as 2,409 students were awarded degrees and diplomas on the first day of the three-day convocation event, Amity Education Group’s founder president Ashok K Chauhan said Thursday.