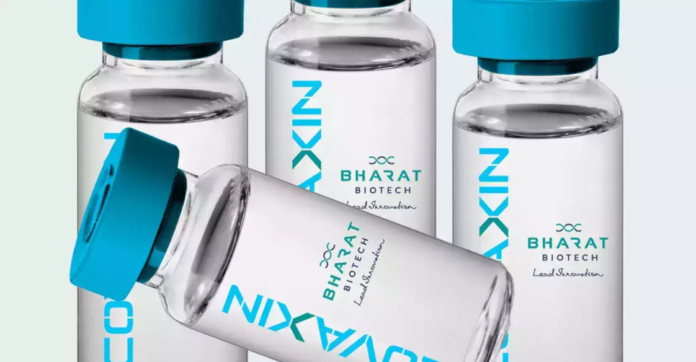 Bharat Biotech’s Covaxin has taken less time than several other vaccines, Word Health Organsiation (WHO) said, clearing the air on criticism that the UN health agency took a longer time to grant Emergency Use Listing (EUL) to Covaxin as compared to the other Covid-19 vaccines.

“WHO has a technical advisory group made up of independent experts who assess COVID19 vaccines. The process relies on manufacturers to provide a range of data, and this can take time. The Covaxin process has unfolded similarly to other vaccines,” Gabby Stern, WHO’s director of communications tweeted.

She said the assessment of Covaxin has taken less time than several other vaccines.

“Some took more than 3 months,” she said.

Stern said tang the WHO’s process for assessing Covid-19 vaccines for emergency use listing is “rigorous, scientific and standardized”. “It involves outside experts on a technical advisory group who review data from manufacturers and others to ensure efficacy and safety,” she said.
Soumya Swaminathan, Chief Scientist at the WHO too ended the speculation that WHO cleared Chinese vaccines fast and delayed the approval to Covaxin.

In an TV interview on Wednesday, Swaminathan said “Sinopharm and Sinovac notiably took 150-165 days. Others like the Jansen vaccine took 40 days and Covaxin is somewhere in the middle. It took between 90-100 days. The reason is that this technical advisory group made up of independent external experts who cut across deciplines reviewed the data,” she said, adding that putting together the dossier takes time.

“Bharat Biotech started the rolling submission in the middle of July and since then there has been a lot of back and forth. The committee met and they were satisfied with the additional data. There are still 18 vaccines that are awaiting EUL,” she further added.

While Bharat Biotech had submitted its Expression of Interest (EoI) on April 19 and a pre-submission meeting was held in May-June 2021, the approval for Covaxin came after a long wait.

The approval came about after several exchanges between the technical advisory group (TAG) under the WHO and the company.

The WHO listing is a prerequisite for supplying to the Covax facility, intended to meet the vaccine requirements of poorer countries.

Countries can now expedite approvals to import and administer Covaxin, Bharat Biotech said. Unicef, the Pan-American Health Organization (PAHO), and the GAVI COVAX facility, will be able to procure Covaxin for distribution to countries worldwide. This will enable them to secure the critical supply needed to meet the requirements of priority populations, thereby ensuring equitable access, the WHO said.

“Validation by WHO is a very significant step towards ensuring global access to India’s widely administered, safe, and efficacious Covaxin,” Bharat Biotech chairman and managing director Krishna Ella said in a release.

“The EUL authorisation for Covaxin will enable us to contribute to accelerating the equitable access of Covid-19 vaccine, and the access to our vaccine globally thereby addressing the current public health emergency.”