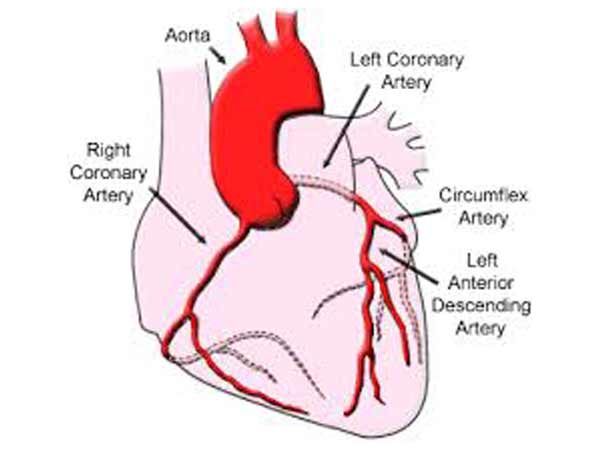 Washington DC, [USA]: According to a new study, it may be possible to detect early signs of atherosclerosis, which leads to blocked arteries, by looking at how cells in blood vessels change their function. The study appeared in the Journal of Nature Communications.

The muscle cells that line the blood vessels have long been known to multi-task. While their main function is pumping blood through the body, they are also involved in ‘patching up’ injuries in the blood vessels. Overzealous switching of these cells from the ‘pumping’ to the ‘repair’ mode can lead to atherosclerosis, resulting in the formation of ‘plaques’ in the blood vessels that block the blood flow.

Using state-of-the-art genomics technologies, an interdisciplinary team of researchers based in Cambridge and London has caught a tiny number of vascular muscle cells in mouse blood vessels in the act of switching and described their molecular properties. The researchers used an innovative methodology known as single-cell RNA-sequencing, which allows them to track the activity of most genes in the genome in hundreds of individual vascular muscle cells.

Their study could pave the way for detecting the ‘switching’ cells in humans, potentially enabling the diagnosis and treatment of atherosclerosis at a very early stage in the future.

Atherosclerosis can lead to potentially serious cardiovascular diseases such as heart attack and stroke. Although there are currently no treatments that reverse atherosclerosis, lifestyle interventions such as improved diet and increased exercise can reduce the risk of the condition worsening; early detection can minimise this risk.

“We knew that although these cells in healthy tissues look similar to each other, they are actually quite a mixed bag at the molecular level,” explained study author and Dr. Helle Jorgensen.

“However, when we got the results, a very small number of cells in the vessel really stood out. These cells lost the activity of typical muscle cell genes to various degrees, and instead expressed a gene called Sca1 that is best known to mark stem cells,” added Jorgensen.

The ability to detect the activity (or ‘expression’) of thousands of genes in parallel in these newly-discovered cells has been a game-changer, say the researchers.

To confirm that these unusual cells originated from muscle cells, the team used another new technology, known as lineage labeling, which allowed the researchers to trace the history of a gene’s expression in each cell.

Knowing the molecular profile of these unusual cells has made it possible to study their behaviour in disease. Researchers have confirmed that these cells become much more numerous in damaged blood vessels and in atherosclerotic plaques, as would be expected from switching cells.

The findings by the team may pave the way for catching atherosclerosis early and treating it more effectively.