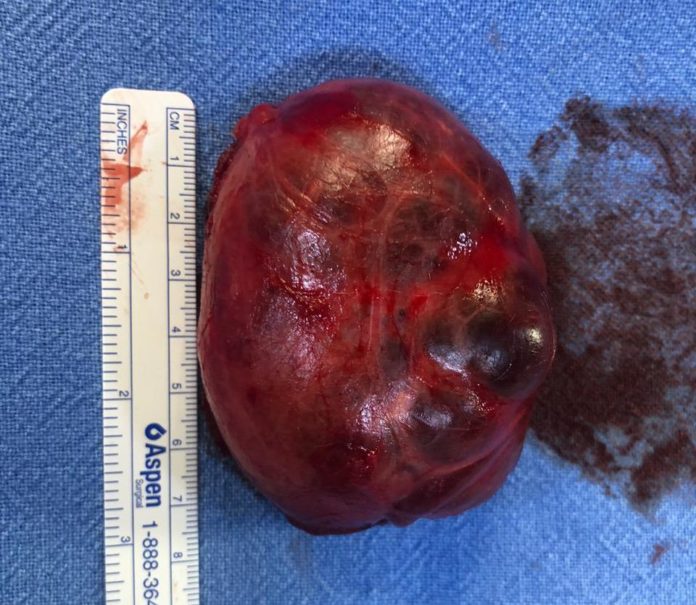 New Delhi: Indraprastha Apollo doctors gave 70 year old Afghani woman many years to live. She housed in her chest a tumour weighing 1kg. It presented a challenge of very complicated surgery which they very successfully did and saved her life hanging by a thread.

Firoza Sarwari, suffering from rare form of tumour in the chest, was successfully treated by Dr Suresh Singh Naruka, Consultant, ENT, Indraprastha Apollo Hospitals along with his team of doctors who performed a highly complicated retro sternal hemi thyroidectomy surgery.

Firoza Sarwari, was presented with a history of swelling in the neck accompanied by difficulty in breathing and swallowing. Post – evaluation it was revealed that she had developed a massive tumour in the chest, which seemed to be arising from the thyroid gland in the neck. 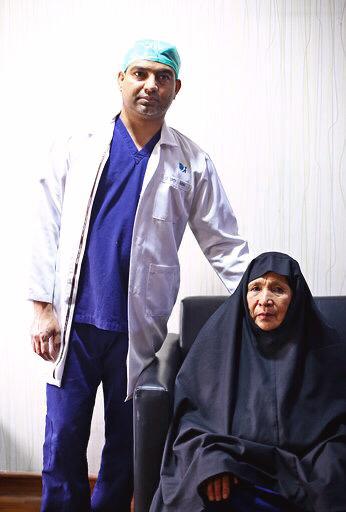 Dr Bhabha Nanda Das, Cardio Thoracic and Vascular Surgeon, Indraprastha Apollo Hospitals said, “On imaging, patient was found to have tumour in chest that was compressing the wind-pipe and food-pipe and was also affecting the heart vessels. Tumor was lying very close to the heart vessels therefore posing the danger of injury to the heart vessels at the time of surgery. Although, the tumour was arising from thyroid gland; it was mainly spread in the chest area. This resulted in many other complications such as risk of loss of voice, permanent hole in the neck, damage to large vessels/arteries of heart leading to torrential hemorrhage (excessive bleeding) which posed a high risk to the patient’s life and could lead to death of the patient during surgery. Thus, the line of treatment which the doctors were supposed to adopt needed to be through and intricately precise in nature so that no other organs or blood vessels were damaged in the process of surgery.’

After thorough evaluation, a multi-disciplinary effort was adopted for treatment with team of doctors from various specialties coming together to treat the patient. The team comprised of Prof. Dr.Ameet Kishore (senior consultant surgeon, ENT) and Dr.Venus Rawat (Registrar). The immediate line of treatment adopted was removal of the tumour via an open chest surgery to access the tumour and to avoid heavy bleeding from large vessels located in heart.

Dr Naruka, said “We decided to perform Retro Sternal Hemi Thyroidectomy surgery to completely remove the tumour and to avoid any intraoperative complications. Such surgeries are extremely rare, technically challenging and requires a team of specialized surgeons and multi-disciplinary approach. Efficient and thorough planning by the team helped to deal with this case resulting in complete removal without much complications and minimal loss of blood. Patient was discharged after the second day of surgery and is planning to fly back to her country soon.”

Dr Kishore said “This was a case of rare tumor and required the combined efforts of multidisciplinary team of doctors. Such cases are splendid examples of the clinical excellence shown by our doctors.”