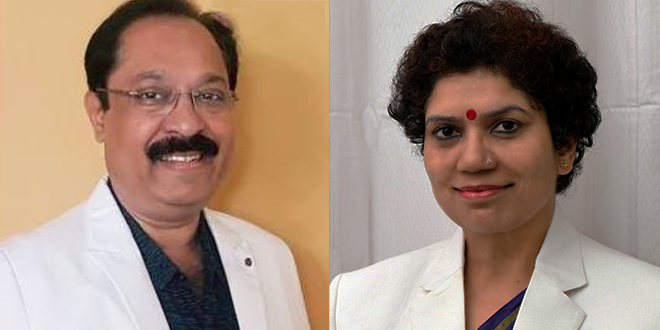 New Delhi: Even as glass ceilings are crumbling by the day with women making mark in every field of accomplishments, their safety is a pressing issue. Their reproductive and sexual rights are still work in progress.

The 2 day national FOGSI conference named Surakshit Naritvar jointly organized by AOGD (Association of Obstetricians and Gynaecologists of Delhi) and Sir Ganga Ram Hospital starting from Feb 29 will deliberate on issues of comprehensive safety of women. As contraceptive safety of women is of overriding concern of FOGSI, the issue will take centre stage of deliberations. The issue of safe delivery and abortion will also be of special significance among a host of pressing issues stalking women.

Talking to Medicare News, Dr Alpesh Gandhi, President Elect FOGSI (The Federation of Obstetric &Gynaecological Societies of India ) 2020, said, ‘All discussions in Delhi Conference Surakshit Naritva will boil down to women safety, women healthcare and women empowerment. A pre summit on February 28 will mark deliberations for policy makers to come out with joint consensus statements on various issues concerning women. Based on this, we would bring out a White Paper for powers that be to act on.’

Referring to The Medical Termination of Pregnancy (MTP) Amendment Bill, 2020 in which the upper limit of legal abortions has been raised from 20 weeks to 24 weeks for “special categories of women”, including rape and incest survivors, Dr Alpesh said further, ‘the bill would get thumbs up in the conference for sure but some more suggestions may be in the offing to incorporate to make abortion a right. Doing away completely with the upper gestation limit for abortion in the cases of foetal deformity is also a right step towards women’s reproductive right. The bill will certainly facilitate safe and legal abortion services for more people.’

Dr Mala Srivastava, Chairperson of the Conference, said, ‘contraceptive safety of women is our overriding concern which will show up in the conference. We are much worried about arbitrary use of contraceptives, especially of pills. As Indian society is increasingly opening, the increasing use of over the counter contraceptive pills by young girls is a serious case in point. The use should be strictly according to doctors’ advice as in many cases pills may be contraindication and may endanger lives. We are seeing such adverse events regularly. There is great risk of Deep Vein Thrombosis in some. It is why we are involving college students and youngsters in our conference to spread awareness about risks involved in self prescription.’

Dr Mala, Senior Consultant, Sir Ganga Ram Hospital, further said, ‘the conference will discuss threadbare the issue of safe contraception. There is no one size fits all. Customised contraceptives are need of the hour to ensure safety. We would discuss problem areas and will come out with latest updates on contraceptives. Many kinds of implants have arrived in the market for family planning. The conference would evaluate their effectiveness and efficacy. The one named Implanon could prove game changer in India but it is still to catch up here. It is a rod like implant inserted under the skin. After its insertion, pregnancy is stalled for next three years. This needs to be popularized in India.’

‘There are different contraceptives for HIV and Cancer patients. The conference is also intended to bring clarity among Doctors about contraceptives. Population stabilization is also an issue that will draw attention of the conference,’ Dr Mala added.