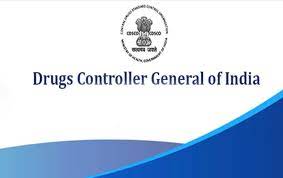 The decision comes nine years after a Parliamentary Standing Committee (PSC) decided to refer the FDC to New Drug Advisory Committee (NDAC)/Subject Expert Committee (SEC) for examination and review related to its continued marketing and updation of product monograph in light of recent knowledge and regulatory changes in overseas.

The tablet was initially approved by the DCGI on October 21, 2010, for the treatment of patients with acute painful musculoskeletal conditions. The PSC’s decision was on May 8, 2021. The Committee in its report included the combination among 13 drugs which did not have permission for sale in any of the major developed countries such as the United States, Canada, Britain, European Union nations and Australia and none of these drugs have any special or specific relevance to the medical needs of India. The FDC mentioned in the report was from Themis Medicare.

The matter was discussed in 26th SEC (Analgesic and Rheumatology) meeting held on September 8, 2016 when it was reviewed in the light of the recommendation of the PSC regarding its continued manufacturing and updation of product monographs in the wake of recent knowledge and regulatory changes overseas.

The SEC recommended that the FDC should be marketed only for symptomatic treatment of post-stroke spasticity associated with pain in adults. Besides, the firm should conduct a Phase IV study on the recommended revised indication. Accordingly, the protocol shall be submitted for further review and the firm was asked to revise their package insert accordingly.

The initial applicant was asked to conduct the phase IV clinical trial. However, the firm surrendered the original product permission on September 10, 2017, said the drug regulator in a letter on Wednesday.

“As FDC of tolperisone HCI 150 mg + paracetamol IP 500 mg tablet is no more a new drug, you might have issued the product license for the same FDC to other manufacturers,” said Dr V G Somani, DCGI.

“In view of above facts and circumstances, you are therefore requested to direct all the manufacturers of said FDC under your jurisdiction to market the subject FDC only for ‘symptomatic treatment of post stroke spasticity associated with pain in adults,” he added.

The manufacturers of the FDC should also be directed to submit the phase IV clinical trial protocol on the revised indication to the drug regulator at the earliest for further review, added the communication.

The European Medicines Agency, in June 2012 itself has recommended restricting the use of tolperisone, a muscle relaxant authorised to treat a variety of different conditions, including spasticity due to neurological disorders and muscle spasms associated with diseases of spine and large joints in several European Union countries since the 1960s.

It has initiated a review on the drug following concerns over several hypersensitivity reactions reported post-marketing and insufficiently demonstrated efficacy in some indications. It concluded that the doctors should stop prescribing the drug for any indication other than post-stroke spasticity in adults and should no longer use injectable tolperisone.