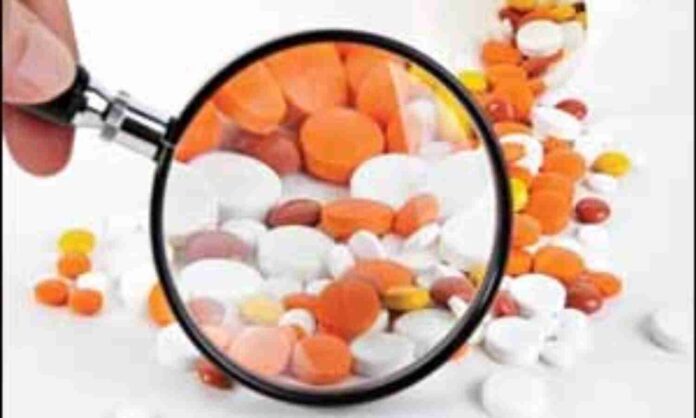 New Delhi : The Drug Controller General of India (DCGI) has extended time to those manufacturers who have licenses from the State Licensing Authorities (SLAs) for their fixed dose combinations (FDCs), but did not apply to the central drug regulator, for submission of applications with the DCGI. This is related to the 294 FDCs which were examined by the Drugs Technical Advisory Board (DTAB) for regularisation.

The central drug regulator has been pursuing the issue related to these FDCs and the manufacturers who are already holding licenses from SLAs for these combinations and did not apply to the DCGI, from the year 2007. The manufacturers of the FDCs in the list, which were declared as rational by the DTAB, were required to submit their applications to the Directorate General of Health Services (DGHS), which is heading the Central Drugs Standard Control Organisation (CDSCO), as per the defined pathways. The date for filing such applications of various categories has already expired.

However, in the wake of Covid-19 pandemic, the DGHS has received various representations requesting for extension of time for submission of the applications. Accordingly, it has been decided that manufacturers or stakeholders may submit their applications with regard to these FDCs by October 31, 2022.

The DCGI, in a letter to the drug controllers in all the States and Union territories, requested to direct all the concerned manufacturers and stakeholders who are already holding manufacturing permissions for manufacturing these FDCs to submit their application to the DGHS along with requisite fees by October 31, 2022, positively.

The office of DCGI, in 2007, received complaints from consumer associations regarding rationality of certain FDCs marketed in the country and based on this, the DCGI prepared a list of 294 FDCs, issuing directions to all States and Union Territories to withdraw the drugs which were licensed without approval of the central drug controller. The manufacturers association approached the High Court of Madras and got a stay on the directions.

The matter was then placed in the DTAB in the 56th meeting on January 16, 2008 and a sub committee was constituted by the Board to examine these FDCs. Accordingly, the sub committee submitted its report to the DTAB and the latter, Ina ma meeting held on February 16, 2015, agreed with the recommendations. All Court cases pending in the Madras High Court were transferred to the Supreme Court and the apex court accepted the DTAB report in an order on December 15, 2017.

As per the report of DTAB, 83 FDCs are considered as rational. The DGHS, in a letter on February 27, 2019, advised a procedure to be followed by the manufacturers of these drugs for rationalisation. According to this, the applicant shall submit documents including Form 44 mentioning dosage form and strength (duly filled, signed and stamped) along with treasury challan of Rs. 15,000 for each FDC, name and composition of FDC, copy of production permission issued by SLA to any firm prior to November 28, 2007 as documentary evidence, copy of manufacturing licensee in Form 25/28 and Form 29 for manufacturers who are not holding product permission from SLA and want to apply for these FDCs, stability studies data (six months accelerated data of three batches) and test specifications of the FDC along with method of analysis. The applications were to be submitted within four months from the letter.

In a letter on August 19, 2019, the time for submission was extended to December 2, 2019. In another letter dated September 8, 2020, the DCGI has declared that apart from the 83 already announced rational drugs in the list of 294 FDCs, three more FDCs are considered rational according to a report of DTAB dated July 29, 2020. Besides, observing that only a few applicants who already have manufacturing licenses for the listed FDCs from the SLAs have applied with the DCGI’s approval, it has extended the date for submission of applications to March 31, 2021.

In a letter on August 27, 2021, in addition to the 83 and the three FDCs declared as rational till then, the DGHS said that on April 13, 2021, the DTAB has approved another 31 FDCs of the 294 list as rational. The manufacturers of these FDCs were asked to submit their applications with the DGHS within six months from then.