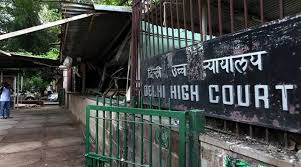 New Delhi : The Delhi High Court on Wednesday pulled up the office of the Drugs Controller General of India (DCGI) for claiming that it did not have the complete report of the Mohapatra Committee, which was constituted in 2013 for investigating approvals granted to certain drugs. Questioning the misplacement of annexures of the report, the court said it was a “shocking matter” and that it will hold the entire office of DCGI responsible.

The court was hearing a case alleging suppression of the report that pointed out “shocking lapses” by the DCGI in approvals given to new drugs. Lawyer Prashant Reddy T had last year approached the court seeking a complete report of the Mohapatra Committee and digitisation of records of DCGI related to clinical trials. He had earlier approached the Central Information Commission in 2018 but could only get the report without annexures. He argued that a purported report has been shared but it is undated, unsigned and does not have the annexures.

On Wednesday, Justice Prathiba M Singh asked the DCGI to apprise the court about the steps taken for streamlining and digitisation of its records, and asked a member of the committee to remain present to assist the court on the next date of hearing. “It is not a laughing matter. It is a serious issue,” the single bench said, adding it will have to take tougher action.

The Committee headed by Dr T M Mohapatra was constituted after certain irregularities were observed by a Standing Committee of Parliament in the approval process in at least four cases.

Justice Singh on Wednesday said that despite issuance of notice in September 2020, no counter affidavit has been placed on record. A Central government counsel, representing the DCGI, told the court that the reply was filed on February 12. However, the court said it is not on record. Reddy’s counsel also told the court that he has not received a copy of the reply.

“Considering the delay and importance of the matter that crucial files relating to the Committee report are completely missing and the fact that there has been delay in filing of the counter affidavit, it is directed the counter affidavit shall be taken on record subject to payment of Rs 10,000 as costs within a week,” said the court, adding it will be in addition to the cost of Rs 15,000 imposed in December 2020.

The court also said the DCGI will depute a senior officer to appear before court on the next date of hearing if the counter affidavit is not filed and the costs are not paid. It also requested Dr Shailender Kumar, who was one of the members of the Committee and Chief Vigilance Officer of the Ministry of Health, to remain present for assistance of the court on March 19.