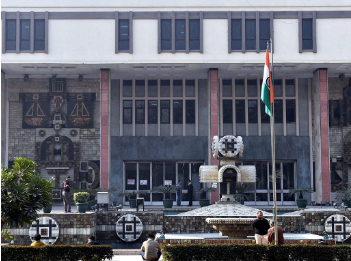 NEW DELHI: Alarmed at the state of government-run hospitals in the city, Delhi high court on Wednesday sought to know specific steps taken by the government to improve the health facilities.

A bench of Chief Justice Rajendra Menon and Justice V Kameswar Rao directed the government to furnish detailed status report mentioning the availability of the number of life-saving equipment, drugs, beds, operation theatres and staff, among others.

HC expressed unhappiness with the government’s report submitted earlier on a PIL filed by a school teacher from Karawal Nagar, Madhu Bala, who lost her nine-month-old foetus when she was admitted to Guru Teg Bahadur (GTB) Hospital for delivery.

Through her lawyer Prashant Manchanda, the teacher alleged that crumbling infrastructure and lack of medical facilities were the reasons behind her close shave with death and loss of her child, as the hospital did not perform the surgery “in the garb of non-availability” of operation theatre.

HC then took note that as per the government’s reply, the magnetic resonance imaging (MRI) machine is dysfunctional since 2016 in Govind Ballabh Pant Hospital. It demanded an explanation from the government and the hospital authorities why the machine continues to be dysfunctional.

In her plea , the teacher has sought court’s intervention by issuing directions to the government to take effective steps with a view to immediately resurrect the dangerously dilapidated health system in the public hospitals, utilise huge funds to infuse instant course correction and overhauling to prevent further health hazards.

“Sadly, she had to keep the dead foetus in her womb for two days before the same was brought out through the operation. She conducted s sting operation along with a TV news channel that brought out glaring lapses and infirmities at five major government hospitals,” the plea said.