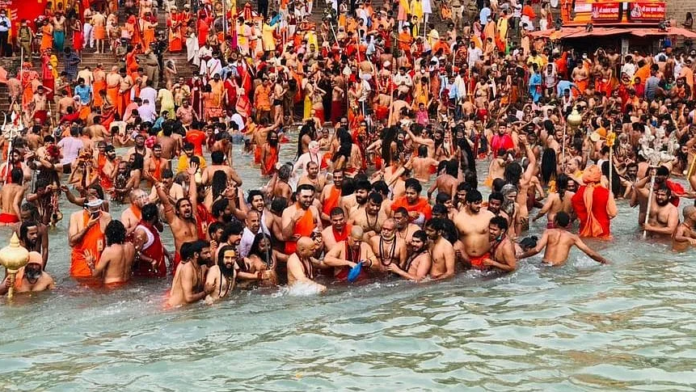 Haridwar : More than a month after the Kumbh fake test scam was unveiled, the Special Investigation Team (SIT) has made its first arrest in the case on Thursday after the director of Haryana-based Delphia labs — which had a tie-up with another lab allegedly involved in the forged Covid-19 tests — was held and sent to police custody. Ashish Vashisth has been sent to three days in police custody after it emerged that Delphia labs had allegedly conducted fake tests and provided staff to upload forged test reports on the Indian Council of Medical Research (ICMR) portal.

The SIT found that Max Corporate Services, which was not ICMR approved, had signed an MoU with Nalwa labs and Dr Lalchandani labs to become eligible as one of the agencies tasked with conducting the tests in Kumbh by the state government.

But when it came down to on-ground testing, Nalwa labs said it did not have sufficient manpower and signed another agreement with Delphia lab to provide staff to conduct the actual testing and uploading of reports, the SIT found.

“The FIR in the matter did not name Delphia, we found its involvement during investigation,” said an SIT official. Nalwa Laboratories, Dr Lalchandani and Max Corporate Services are named in the FIR.

Last month, Haridwar chief medical officer (CMO) Dr S K Jha was also questioned by the SIT after it found that Delphia was one of the firms that was awarded a contract to provide free first-aid services at Kedarnath in Rudraprayag. Jha was the CMO of Rudraprayag at that time. SIT officials TOI spoke to on Thursday said the investigation in the matter is on.

SIT head circle officer Rakesh Rawat told TOI that it was Max Corporate Services which introduced Delphia labs to Nalwa labs. “Delphia also submitted bills to the tune of Rs 4 crore for testing to Max Services which submitted them to the government,” he said.

Directors of Max Corporate Services, Sharad Pant and Mallika Pant, had got a stay in June from the high court on their arrest, Rawat said.

Earlier, a detailed investigation had found that nearly a lakh fake tests were conducted in Kumbh. In one instance, a single phone number was used to register over 50 people while one antigen test kit (which has an exclusive number and is meant for single use) was shown to have tested 700 samples.