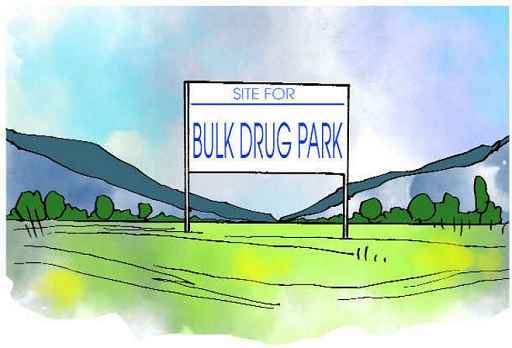 Mumbai : The Department of Pharmaceuticals (DoP) has constituted a high-level panel with industry representatives and technical experts to oversee the progress of bulk drug parks being set up in Gujarat, Himachal Pradesh and Andhra Pradesh.

The panel, chaired by Dr Mansukh Mandaviya, Union minister of chemicals and fertilizers, will ensure that the design, investments and infrastructure in the parks are aligned with the strategic objectives of the Scheme for Promotion of Bulk Drug Parks, stated a circular issued by the department of pharmaceuticals on November 10, 2022.

Terms of reference of this committee include monitoring the implementation of bulk drug parks, for ensuring the production of the bulk drugs required for strategic goal of drug security; facilitating alignment of investments in the bulk drug parks with pharmaceutical industry requirements and public health needs and facilitating transfer of technology and other interventions required to achieve the above objective, it added.

The committee may co-opt other experts as and when required. The committee will hold meeting at least once in three months.

In order to make the country self-reliant in bulk drugs (active pharmaceutical ingredients /key starting materials and drug intermediates) and keeping in mind the strategic objectives of drug security for the country, the department of pharmaceuticals is implementing the Scheme for Promotion of Bulk Drug Parks, which is an intrinsic part of the efforts of government of India towards drug security.

Under the scheme, three bulk drug parks in Gujarat, Himachal Pradesh and Andhra Pradesh are being supported in the form of financing of common infrastructure facilities/projects. The objective is to create a robust ecosystem for the manufacturing of bulk drugs in the country and also reduce the manufacturing cost significantly, by providing easy access to standard testing and infrastructure facilities. This scheme is expected to encourage domestic manufacturing of bulk drugs to reduce import dependence and to establish a dominant position in the global market. It will also help industry meet the standards of the environment at a reduced cost through innovative methods of the common waste management system and also to exploit the benefits arising due to optimization of resources and economies of scale.

“While the Scheme Steering Committee will continue to monitor the scheme at operational level, there is a need to set up a high-level committee with industry representatives and technical experts to make sure that the design, investments and infrastructure in the parks are in line with the goals of the scheme. The department of pharmaceuticals has, thus, constituted a high-level committee to monitor the progress of the parks,” said a senior official at the department of pharmaceuticals.