Due to the ban on the crucial hormone Oxytocin, that is mainly used for pregnant women for the induction of labor and stall postpartum bleeding, hospitals are in the panic to get it. Recently, the government implemented the decision to restrict the production and sale of oxytocin.

US-based drug maker Mylan, which is producing banned drug Oxytocin based products, filed a case at the Delhi High Court, challenging the government oxytocin ban order in June 2018 banning private companies to produce Oxytocin starting September 2018. The manufacturer seeking relief as they are anticipating a shortage of the drug, including Pfizer, have already stopped producing it in India to comply with the ban order.

A Pfizer executive also shared that the company has experienced a sudden hike in demand of the Oxytocin from hospitals as they fear a shortage. Two large hospitals in the South already placed bulk orders for Oxytocin, as they fear its shortage.
Pfizer spokesperson also said clearly that they will stop the manufacturing of this formulation and expect to exhaust our finished inventory within the next 60 days.
Mylan drug maker shared that they have challenged the orders, issued by the Ministry of Health and Family Welfare, Department of Health and Family Welfare, placing restrictions on the manufacture and supply of oxytocin, before the Hon’ble Delhi HC and the matter is sub judice. 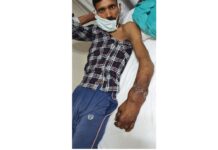