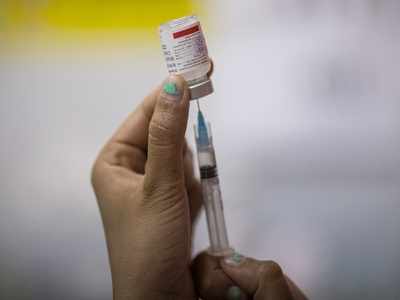 MUMBAI : The pricing of indigenously-manufactured Covid-19 vaccine, Covaxin, developed by Bharat Biotech, which at Rs 1,410 per dose is almost double that of Serum Institute’s Covishield has raised heckles in the vaccine ecosystem.

Covaxin is the most expensive jab in the private market and even higher than Sputnik Vat Rs 1145, which is at present imported from Russia.

Experts have questioned the rationale of high prices of Covaxin since it is based on an established technology, is domestically-produced, and it’s R&D has been part-subsidised by the Centre. Other vaccines like polio and hepatitis B using a similar technology platform, are affordable due to large volumes and economies of scale, a strategy which should have been followed early-on in the case of Covaxin, they said.

In the absence of a universal policy, the Centre should negotiate affordable prices for all vaccines in the private market to prevent profiteering, public health experts added.

A questionnaire sent to Bharat Biotech remained unanswered. The government invested in pre-clinical studies for Covaxin, and amounts totalling Rs 11 crore and Rs 35 crore were spent on clinical trials in Covishield and Covaxin respectively. In the case of Covaxin, intellectual property is shared by Bharat Biotech (BB) with Indian Council of Medical Research and National Institute of Virology.

“If a model of technology transfer and partnerships is followed, the volumes could go up, bringing down the cost for the manufacturer’’, an industry expert told TOI.

Till then, there is a need for all vaccine prices to be capped by bringing them under the National List of Essential Medicines. “We must keep in mind Covaxin is a joint collaboration with ICMR, and it is surprising that the government has no control over the exorbitantlypriced vaccine. From initial funding by ICMR for clinical trials to a huge sum paid to Bharat Biotech to enhance manufacturing capability, Covaxin has full government backing. In this backdrop, there is no justification for this high price’’, Amulya Nidhi of Jan Swasthya Abhiyan said.

“Costs aren’t, but should be transparent, given the government has invested in its development. The expectations and announcements that it would be cheaper than bottled water have turned out to be cruel jokes. This is a vaccine based on old and well-known technology. If production costs were high, then the vaccine should have been manufactured by PSUs. The current price suggests that BB is making an extortionate profit’’, Murali Neelakantan, principal lawyer at Amicus said.

Also, there’s a need for transparency in the cost of production, which does not exist in India. It appears that there is a huge profit margin in private vaccine prices, said Leena Menghaney, a lawyer working on public health. The Supreme Court in its recent order has asked the government to provide details of direct and indirect grants provided for research, development and manufacture of all existing vaccines, and future vaccines that it proposes to authorise.