Directorate General of Foreign Trade (DGFT), an arm of the Ministry of Commerce and Industry lifted the export restriction on 12 active pharmaceutical ingredients (APIs) and its formulations. However, Paracetamol, Hydroxychloroquine, will be only allowed on a license basis. Also, Ritonavir and Lopinavir still remain on the restricted list.

Anurag Srivastava, the official spokesperson of the Ministry of External Affairs, released a note informing the media that after having confirmed the availability of medicines for all possible contingencies currently envisaged, these restrictions have been largely lifted. The DGFT notified lifting restrictions on 14 drugs yesterday. With regard to paracetamol and Hydroxychloroquine (HCQ), they will be kept in a licensed category and their demand position would be continuously monitored. However, the stock position could allow our companies to meet the export commitments that they had contracted.

“We were expecting the complete removal of the export restriction on paracetamol. The clause of obtaining a licence, for paracetamol and HCQ is another hurdle and we will be loosing out precious time during the crucial pandemic time. Paracetamol act as a frontline warrior and many countries are in need of it. We are unable to understand why the authority has not considered it, as we have sufficient capacity to fulfil the demand of domestic as well as international markets. The country has the capacity to manufacture 5000 tons of paracetamol per month, and the industry has already given the undertaking declaring the capability and availability of paracetamol APIs as well as raw material of it.” commenting on the notification number 02/ 2015-2020 dated April 6, VV Krishna Reddy, Director, Sri Krishna Pharma and President, Bulk Drug Manufacturers Association (BDMA) said.

Sri Krishna Pharmaceuticals is the pioneering manufacture of Acetaminophen (Paracetamol) and leads the domestic market.

“On behalf of the industry, we will be making a representation requesting the authority to allow the complete export of Paracetamol,” Reddy further added.

“Industry breath easy after the removal of export restriction on 12 APIs and its formulations. Another 2 essential drugs Paracetamol and HCQ will be allowed on license basis. Industry will be committed to give first priority to our country’s requirements. ” Mahesh Doshi, President, Indian Drugs Manufacturers Association (IDMA) said.

Dr Dinesh Dua, Chairman, Pharmexcil said, “We in Pharmexcil and pharma industry welcome the step to lift restrictions on 24 molecules which is a great justice to exporters. However, we propose that whatever is lying at the port must be allowed to be dispatched for both Paracetamol APIs and formulations and a very urgent view be immediately taken for exports goods lying packed in factories. Whatever GoI deems necessary like Hydroxy Chloroquine, Paracetamol too should be bought by GoI and then surplus be allowed to be exported. And we also suggest that the government should send Air India planes to China to pick up intermediates of paracetamol to last for six months in incremental basis.”

BR Sikri, Chairman, FOPE too expresses his concerns and said, “We welcome the move initiated by the government of lifting the export restriction on 12 APIs/ formulations, and also allowing export of paracetamol and hydroxychloroquine on licensed category. We appreciate the government’s timely evaluation and amendments on case to case basis.”

Responding to the notification, Bhavin Mehta, Director Kilitch Drugs, said, “The government has taken the decision to lift the restriction on the export of drugs, which have nothing to do with coronavirus treatment and are adequately available in the country, but have left Paracetamol under license category, which is unwarranted as most of the manufacturers of Paracetamol have stocks which will suffice for approximately or more than three months”. Mehta continued explaining, “As huge consignments are held at different port and warehouses, which have been manufactured as per BP/USP and as per the country-specific packaging requirements, which are not complying the Indian Pharmacopoeia related to packaging norms hence on humanitarian grounds paracetamol also should be allowed for exports under free Category rather than been licensed and it will be a big relief to exporters”.

Government of India also mentioned in a clarification statement, Ministry of External Affairs, that in view of the humanitarian aspects of the pandemic, it has been decided that India would licence paracetamol and HCQ in appropriate quantities to all our neighbouring countries who are dependent on our capabilities. “We will also be supplying these essential drugs to some nations who have been particularly badly affected by the pandemic. We would, therefore, discourage any speculation in this regard or any attempts to politicise the matter.” 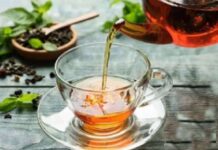