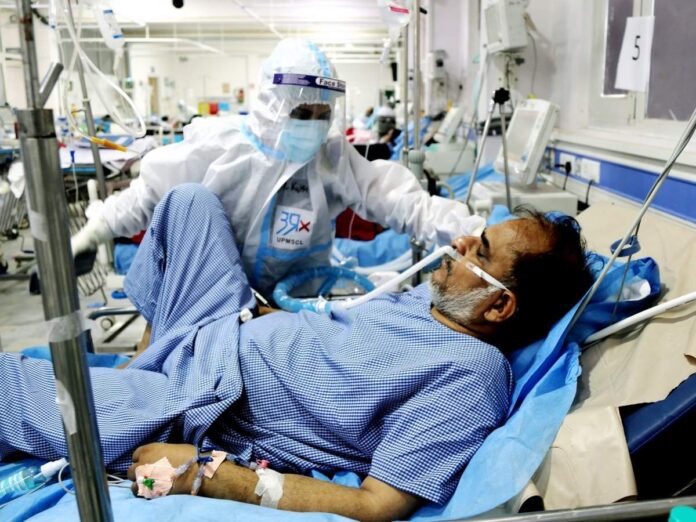 New Delhi : Delhi High Court on Wednesday asked the Centre to file a status report on availability and domestic production of a key drug, which is used to treat patients of black fungus. A bench of justices Vipin Sanghi and Jasmeet Singh further directed the central government to indicate the status of quantities of Liposomal Amphotericin B actually imported and the outstanding supplies, after it was informed by the Centre’s counsel that there are at present 17,000 active cases of the disease in the country.

The high court also inquired if there is any shortage of the medicine currently, but was informed by the Centre that the number of patients has gone down. The bench, however, observed that enough stocks should be in place in preparation for a third wave of Covid and asked the government to deal with availability and supply with a sense of urgency.

The court had in June expressed satisfaction over the guidelines issued by Indian Council for Medical Research (ICMR) on possible treatment options for black fungus for which Liposomal Amphotericin B was the drug of choice and asked the expert body to review it on a regular interval.

During Wednesday’s hearing, the bench also wondered if ICMR and National Centre for Disease Control have carried out any study on efficiency of drugs used in Covid-19 treatment. It pointed out that while ICMR and even WHO had removed Ivermectin from the treatment protocol, doctors involved in Covid treatment vouched for its efficacy.

“For example, Ivermectin is one of the medicines which several medical practitioners have claimed to be effective as a preventive drug. But ICMR and WHO have taken the stand that there is insufficient data available to positively state if this drug works as a prophylactic for treatment of Covid-19. It is essential that the concerned institutions undertake the exercise of compiling and analysing the data with regard to use of medication for preventing and treating Covid and on that basis to come out with their reports,” the high court noted.

“There is a lot of talk about Ivermectin being effective, and the medical fraternity seems to have found it useful. ICMR should study what is coming from doctors on the ground and look at it. There are even talks that there are medical lobbies that don’t want to promote Ivermectin, it is no longer patent-protected. Anyone can manufacture and availability is there,” it pointed out, while asking NCDC and ICMR to file a report if any study has been conducted or steps taken on that front in two weeks’ time.