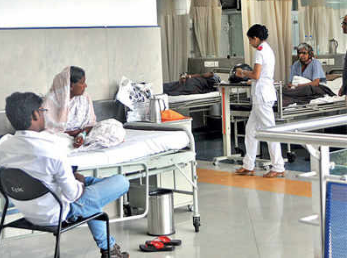 Over five decades after the Maharashtra Medical Council (MMC) Act, 1965, came into effect, the council has set up a committee to make amendments to it. This is done to empower the MMC with more powers to take action against healthcare providers indulging in unethical practices.

At present, the council has powers to only take action against doctors registered with the MMC. It now wants to expand its controls. For this, a four-member committee has been established to submit suggestions in six months to the state ministry of medical education, officials said. The body has been set up under MMC president Dr Shivkumar Utture.

Talking about this, Utture said, “It is a very old Act and needs amendments. Earlier in 1965, only individual doctors had practices, but now there are corporate and trust hospitals and also diagnostic centres. These healthcare providers have been established under various Acts. If there are complaints against them, action cannot be initiated by us as they do not fall under MMC’s ambit.”

Earlier, Dr Himmatrao Bawaskar, a senior medical professional from Mumbai, received an unsolicited cheque from a popular diagnostic chain, asking him to refer patients who needed magnetic resonance imaging (MRI) scans to their laboratories. A shocked Bawaskar filed a complaint with the MMC against the diagnostic chain. The case is currently being heard in court.

Utture continued, “Bawaskar’s case is a classic example of why the MMC needs to have more powers to address such incidents. There is no anti-quackery law in the state and we want it to be brought under this Act. There have been complaints against quacks that are practising without any qualifications and legal registration. We want to be able to take action against them, but don’t have enough powers. While doctors are banned from advertising, hospitals end up doing it nonetheless. Therefore, we want to prevent them from indulging in any unethical practice. We want all the health institutes catering to modern medicine in the state to be brought under the MMC’s lens.”

Reacting to this, Dr Sanjay Patil, chairman of the Indian Medical Association’s (IMA) Hospital Board of India (HBI), said, “The decision taken by the MMC is welcome as the current Act is not foolproof. While there is a local body to take action against quacks, it does not do much given the limited powers. Unethical practices are rampant in the rural parts and could only be controlled if amendments are made to the Act.”