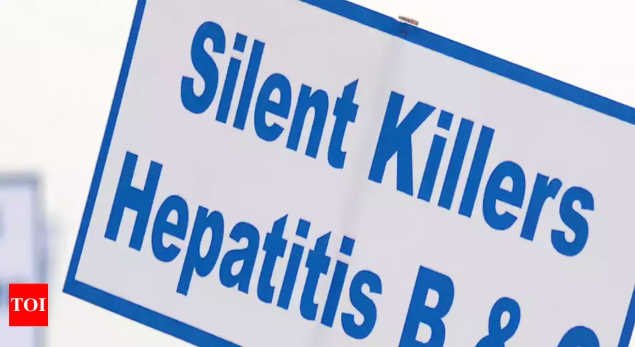 MUMBAI: Mumbaikars will get free treatment for Hepatitis B and C viral infections when the national programme for control of viral hepatitis takes off in December.

Hepatitis B and C viral infections are considered one of the biggest public health challenges along with tuberculosis. They are the most common causes of liver cirrhosis and cancer. In fact, the World Health Organisation states viral hepatitis is considered second only to TB as a major cause of death, killing about 3,50,000 people every year in southeast Asia.

Doctors say viral hepatitis roughly affects 2.5 lakh Mumbaikars. “This estimate is based on the number of blood donors affected with the viruses,” said Dr Akash Shukla, head of Sion Hospital’s gastroenterology department, who is one of the main trainers of the national programme.

The programme is a part of the World Health Organisation’s plan to eliminate Hepatitis C by 2030.

On October 20, the BMC-run Sion Hospital conducted an e-training module for health workers across the state through telemedicine.

The medication to cure Hepatitis C costs almost Rs 48 lakh for a three-month period in the US, but its generic version will be available in India for Rs 10,000 per patient. However, the programme will offer the medicines free of cost, said Dr Shukla.