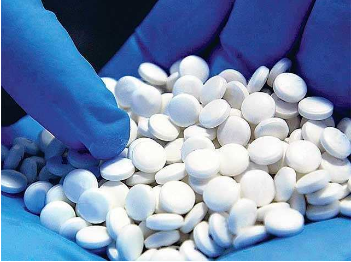 MUMBAI: British drug maker GSK Pharma’s India arm is looking to sell some of its non-core brands as the company looks to consolidate its position in the chronic and vaccine segments, according to people directly aware of the development.

The move is expected to mop up around Rupees100 crore for the drug maker which is seeking to accelerate growth in the competitive Indian domestic pharma space that witnessed price cuts to court rulings on the sale of certain fixed-dose combination drugs.

“India is a very important market for GSK in which we have a strong heritage and ambitious plans for patient access to our world leading medicines and vaccines”, a GSK spokesperson told ET.

The company added that it is focusing on key brands to drive growth in identified therapy areas where there is significant unmet patient need by increasing field force by a third. Some of the therapy areas that GSK has put under the hammer include products in respiratory, anti-infectives and dermatology areas. FDC Pharma, Piramal, and Strides Shasun are some of the companies that GSK has approached to sell these brands.

For one of the oldest multinational drug makers in the country, the growth curve has been challenging. At Rupees3,500 crore, GSK’s domestic growth has been in single digits, while the rest of the industry has been showing a 10per cent growth.

It was one of the few companies that was hit the most with the government policy on drug price cuts that put some of its biggest brands under price control. “GSK is known mostly for its anti-infective drugs, but that segment now has become less profitable as chronic drugs have taken a lead in the domestic pharma space, hence the company’s decision to exit its brands from these therapies”, said an individual who is aware of this development.

In the nearly $5bn Indian pharma market space, the fastest growing therapy segments are diabetes and cardiovascular drugs, clocking in a 15per cent month on month growth. However for companies like GSK, which historically has never had chronic therapy drugs, the growth in India market seems to be a steep climb. Its focus on vaccines is one of those strategies where it wants to have a niche portfolio.

According to GSK’s annual report, the self-pay vaccines market is valued at around Rupees1,992 crore and growing at 16per cent. Out of the top 20 vaccines, seven belong to GSK with a market share of 28per cent.

Hyderabad-based Aurobindo Pharma, which walked away from acquiring the US business of opioid drug maker Mallinckrodt, has now turned toward India, as the company looks to acquire domestic formulation businesses, according to people familiar with the development. Aurobindo has sent feelers to investment bankers that are scouting for an appropriate match for the company. The drug maker, in which Rakesh Jhunjunwala is invested, is looking at an acquisition size of $500mn in India.