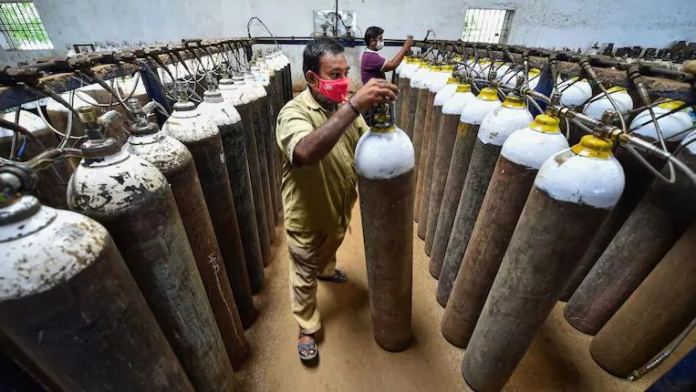 New Delhi : The Delhi high court on Wednesday told the Centre that it was “high time” to fix maximum retail price (MRP) of oxygen concentrators and other equipment used for the treatment of Covid-19 patients to stem out alleged malpractices such as hoarding and black marketing.

A bench of justices Vipin Sanghi and Rekha Palli also issued contempt notice to every person, including businessman Navneet Kalra, named in over 50 FIRs lodged between May 2 to May 8 in cases of alleged hoarding and black marketing, and directed them to appear before the court virtually on May 19.

The bench said the notices will be served to the people named in the FIRs through the station house officers (SHOs) of the police stations where the cases are registered.

The court directed that the notices will also be sent to individuals whose name were added to the FIR during the course of investigation.

“We direct issuance of court notice to all accused in said cases…This should be served to SHO of local police stations concerned where cases are registered… Issue notice to accused name in FIR and those added as accused in course of investigation…,” the court said in its oral order.

The discussion on the price of the oxygen concentrators began after advocate Sanjeev Sagar, counsel for one of the petitioners, Manish Chauhan, said public prosecutors and judicial officers were unaware of the May 2 order of the bench. Chauhan, a resident of Delhi, was seeking court’s directions to the government to declare medicines and medical equipment meant for Covid treatment as essential items under the Essential Commodities Act.

Sagar told the court that a trial court has said that offences cannot be “made up” against such individuals and the option was to book them for contempt of court if they are selling medicines or equipment at exorbitant rates.

The bench was shown media reports which said that the concerned trial court, while hearing the anticipatory bail filed by restaurateur Kalra, in connection with the seizure of oxygen concentrators from his restaurants, said that first a law has to be made to regulate prices, and people cannot be penalised in a hurry because the high court wanted steps to be taken.

Amicus curiae and senior advocate Rajshekhar Rao said the trial court cannot be blamed since a price cap has not yet been fixed for a majority of the imported equipment, and the central government has to inform the high court what steps it has taken.

Central government standing counsel Amit Mahajan told the court that the issue was under consideration, and sought time to inform the bench as to what decision has been taken. He assured that a decision will be taken soon.

The court asked Sagar to prepare a note on fixing prices, for informing public prosecutors and judicial officers in the subordinate courts, and said it will be circulated by the Delhi government.

The court was hearing a plea by lawyer-petitioner Rakesh Malhotra, who, along with several hospitals, sought directions to the Centre and the Delhi government for better facilities and continuous supply of oxygen in the hospitals and nursing homes of the city.

The notices to those named in the FIR were issued in accordance with a May 2 order of the bench in which it warned of contempt action against all those indulging in hoarding of medical equipment or medicines, or selling them at prices above MRP.

It said that the issue of fixing the price for the oxygen concentrators and other equipment has been pending with the Centre since June 2020, but no concrete decision has been taken so far. “It is high time that MRP for oxygen concentrators and all other equipment for the treatment of Covid is fixed so malpractices are immediately stemmed,” the bench said.

The matter will be now heard on May 19.