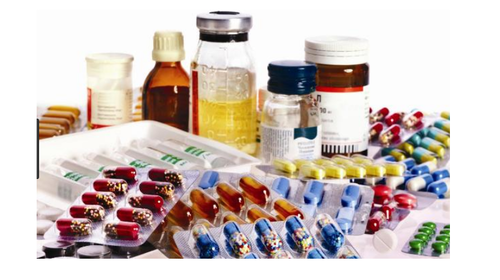 Mumbai : The Union health ministry has deferred a proposal to implement bar coding as part of trace and track mechanism for pharmaceutical products.

A proposal to implement bar coding has been in consideration for quite some time and has been deliberated in the past committees of the union health ministry to introduce a trace and track mechanism for most popular or top 300 pharmaceutical brands available in the Indian market to ensure the quality, safety and efficacy of drugs.

The ministry’s decision in this regard is based on the deliberations on the issue of bar coding or QR coding on packaging of drugs in the Drugs Technical Advisory Board (DTAB) meet this year. DTAB in its recent meeting deliberated the matter partially and could not deliberate the agenda completely and deferred for examining it separately in its next meeting.

In this regard draft rules for this purpose were earlier published for comments vide GSR 449 (E) dated June 03, 2015. These rules could not be finalized as many of the pharmaceutical companies showed their inability to introduce this sophisticated technology in their manufacturing processes.

It is however observed that some of the pharmaceutical companies have already introduced bar coding systems in some of the brands.

Further, it was proposed to sensitize the major drug manufacturers who have introduced bar coding systems in their manufacturing to share their experience in respect of their top 300 pharmaceutical brands for which such a system was introduced through the manufacturers associations. This would facilitate the introduction of a barcoding system for trace and track.

Earlier, the DTAB in its 79th meeting held on May 16, 2018 deliberated the matter and agreed for introduction of trace and track mechanism for major 300 pharmaceutical brands on voluntary basis. The Board informed that an order may be issued by Drugs Controller General of India (DCGI) to all the concerned to this effect.

Subsequently, the Union Health Ministry has published draft notification vide GSR. 567 (E) on August 08, 2019 mandating QR code for APIs only based on the recommendations of 82nd DTAB meeting.

A number of objections have been received from the Industry, which are being examined.

In view of above, in order to introduce QR code in phase wise manner, in present context, it is proposed that trace and track mechanism by QR coding system on packaging may be implemented initially for the top 300 brands through amendment in the Drugs Rules, 1945 and the earlier draft notification issued in this regard vide G.S.R. 449 (E) dated June 03, 2015 may be withdrawn.

DTAB could not deliberate the agenda completely and deferred for examining it separately in its early next meeting.

DTAB is the highest statutory decision making body on technical matters related to drugs in the country. It is constituted as per the Drugs and Cosmetics (D&C) Act, 1940. It is part of the Central Drugs Standard Control Organization (CDSCO) under the Union health ministry.